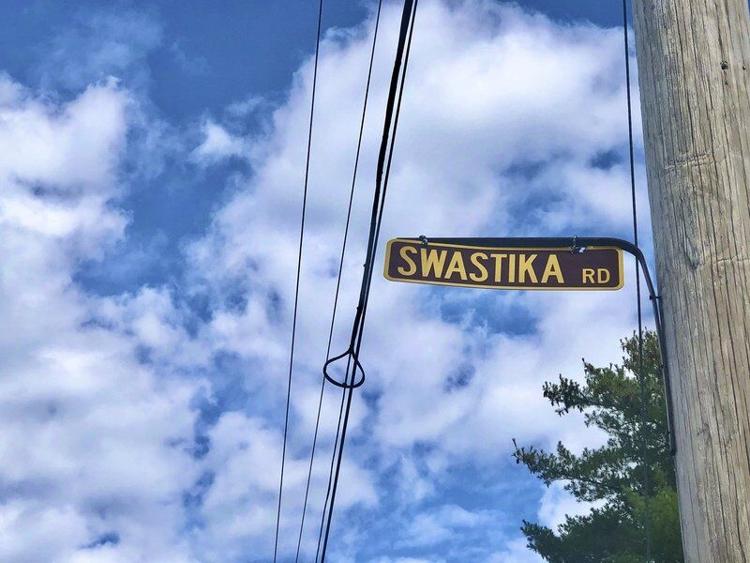 New Jersey, September 29, 2020: CoHNA (Coalition of Hindus of North America) commended residents and the council of a New York town called Swastika for voting to keep its name, despite a proposal by a visitor to change it.

An unincorporated town within Black Brook, New York, Swastika is a hamlet in the Adirondacks, popular for outdoor activities. At the request of the visitor, the town put the name change on its agenda, but voted against it within five minutes of discussion. Explaining the decision, Jon Douglass, Black Brook’s supervisor, shared that the Swastika far predates World War II and comes from the Sanskrit word which means “well-being.” The symbol has been used by Hindus and Buddhists for thousands of years. Reacting strongly to the proposal to change it, council member Howard Aubin said, “‘Only an intolerant person’ would assume the name is connected to the German Nazi Party and its leader Adolf Hitler, whose aggression prompted World War II.”

“Swastika is one of the most sacred symbols for Hindus, Buddhists, Jains, Native Americans and other traditions, and the word ‘swasti’ appears in many places in the Vedas and classical Hindu literature,” added Nikunj Trivedi, President of CoHNA. “It has nothing to do with Hitler’s Hakenkreuz, the symbol that has come to be wrongfully associated with the sacred Swastika and is the source of confusion for many in the world today.” As a matter of fact, various scholars have highlighted this in their research in order to bring about greater awareness regarding the Swastika.

In July 2020, CoHNA launched a campaign to educate New York’s lawmakers when they introduced a Bill requiring that the Swastika be taught as a hate symbol in New York schools. The campaign, which gathered over 8,500 signatures, followed by hundreds of calls and emails to lawmakers, succeeded in stalling the Bill. CoHNA is now working with lawmakers to ensure that the much-needed education on hate and intolerance does not result in unintended consequences for students of Hindu, Buddhist, Jain, Native American and other traditions.