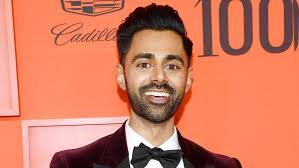 Minhaj made the remark during a toast at a Time magazine gala here on Tuesday night with Kushner in attendance at the exclusive soiree.

The host of “Patriot Act with Hasan Minhaj” was one of the hundred most influential people honoured by Time magazine this year across entertainment, arts, journalism, activism, politics, sports.

“There are people on the front lines that cannot be here, like Loujain al-Hathloul, who is a Saudi activist who helped fight to lift the women’s driving ban, and she is currently in prison. She cannot be with us here tonight. She has been tortured,” Variety.com Minhaj as saying of al-Hathloul, who is also one of Time magazine’s 100 honourees.

Without mentioning Kushner by name, Minhaj continued his monologue in the pin-drop quiet room.

“I know there’s a lot of very powerful people here,” the comedian said. “It would be crazy if there was a high-ranking official in the White House that could WhatsApp MBS and say, ‘Hey, maybe you could help that person get out of prison because they don’t deserve it’, but that would be crazy. That would be – that person would have to be in the room, but that’s just a good comedy premise.”

Kushner, seated at a prime table in the intimate venue, did not verbally respond, as Minhaj was on the stage.

Before the dinner, Minhaj said on the red carpet and did not shy away from calling out President Trump, (who was also on the Time 100 list), and Fox News host Laura Ingraham, who called him a “Trump hating comedian”.

Talking about his thoughts on Trump not attending the White House Correspondents Dinner for the third year in a row, Minhaj said: “I think it’s a bummer… I was hoping he would attend. I just think it would be hilarious to watch him get roasted.”

Kushner was given responsibility within the Trump administration for Israel-Palestinian policy two years ago, but has still not provided concrete details of US efforts. In February, Kushner met with the Crown Prince for the first time since the murder of Washington Post journalist Jamal Khashoggi in the Saudi Consulate in Istanbul last October, reports NBC News.

It’s not clear if the two discussed Khashoggi.

Minhaj has been openly critical of Saudi Arabia in the past, most recently in a 2018 episode of the “Patriot Act With Hasan Minhaj” in which he criticised the Kingdom’s rulers after Khashoggi’s murder.

In January, Saudi authorities filed a complain that led Netflix to remove the episode from its platform in the country.