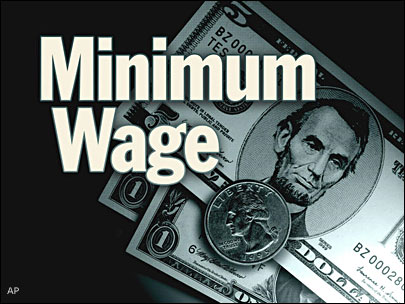 Washington, Jan 2 (IANS/EFE) Twenty US states as well as Washington, DC, have hiked their minimum wages as new laws came into force at the beginning of 2015, and now 29 of its 50 states have a minimum wage above the federal minimum of $7.25 per hour.

Legislative measures have led to the remuneration to be increased, taking into account the rate of inflation, in 20 states and the District of Columbia where the country’s capital, Washington, is situated.

The increase ranges from 12 cents per hour, in the case of Florida, to $1.25 per hour in South Dakota.

According to studies conducted by Economic Policy Institute, these hikes will help close to 3.1 million workers in the entire country.

The highest minimum wage in the US is $9.47 in Washington state, followed by Oregon with $9.25; Vermont and Connecticut with $9.15; and Massachussets and Rhode Island with $9 per hour.

The hikes are in stark contrast to the federal minimum wage, with a similar measure being blocked by the Congress, especially the Republicans who oppose the move.

The issue has been one of the major reasons for clashes between the White House and the legislature, as President Barack Obama unsuccessfully asked for the federal minimum wage to be increased from $7.25 per hour to $10.10, arguing that it would be positive for the economy.

The year 2007 was the last time that the federal minimum wage was revised.

Not only the states but also the governments of larger cities have given a boost to the minimum wages, such as in the cases of San Francisco and Seattle, which have approved progressive hikes which could reach $15 an hour in 2017 and $13 in Chicago.