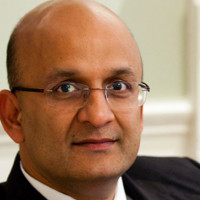 Washington, Jan 31 (IANS) Harvard Business School’s Indian-American Dean Nitin Nohria has made an extraordinary public apology for the school’s treatment of female students and professors and vowed to make changes at the institution.

Born in Nohar, Rajasthan, HBS’ first foreign-born one dean, acknowledged to 600 alumni and guests at a function in San Francisco Monday that the school had sometimes treated its female students and professors offensively.

Nohria, 51, conceded there were times when women at Harvard felt “disrespected, left out, and unloved by the school. I’m sorry on behalf of the business school,” he told a hushed room, according to CNN Money. “The school owed you better, and I promise it will be better.”

Nohria’s comments, CNN Money noted, come five months after a lengthy front-page article in The New York Times fuelled a major debate on gender issues at Harvard and many other business schools.

Today, some 57 percent of Harvard’s cases are international in nature, up from less than 5 percent a decade ago. The school produces roughly 250 new case studies a year.

At the event, Nohria said that a record 41 percent of this year’s entering class of MBAs were women, up from 35 percent 10 years ago and only 25 percent in the class of 1985.

“A lot of people wondered if we had to put a thumb on the scale,” he said, to reach the record female enrolment number. “Everyone of those women deserve to be at Harvard Business School.”

Boston, Massachusetts, based Harvard Business School began to admit women to its two-year MBA programme in 1963 with eight students. The school now has 11,000 MBA alumnae around the globe, including more than 1,200 women in
Northern California.

Noting a recent World Economic Forum report that showed the US trailing more than 20 other countries when it comes to women in leadership roles, Nohria said “we can do better and we must do better.

“Harvard Business School has to lead the way to make that happen,” he said.