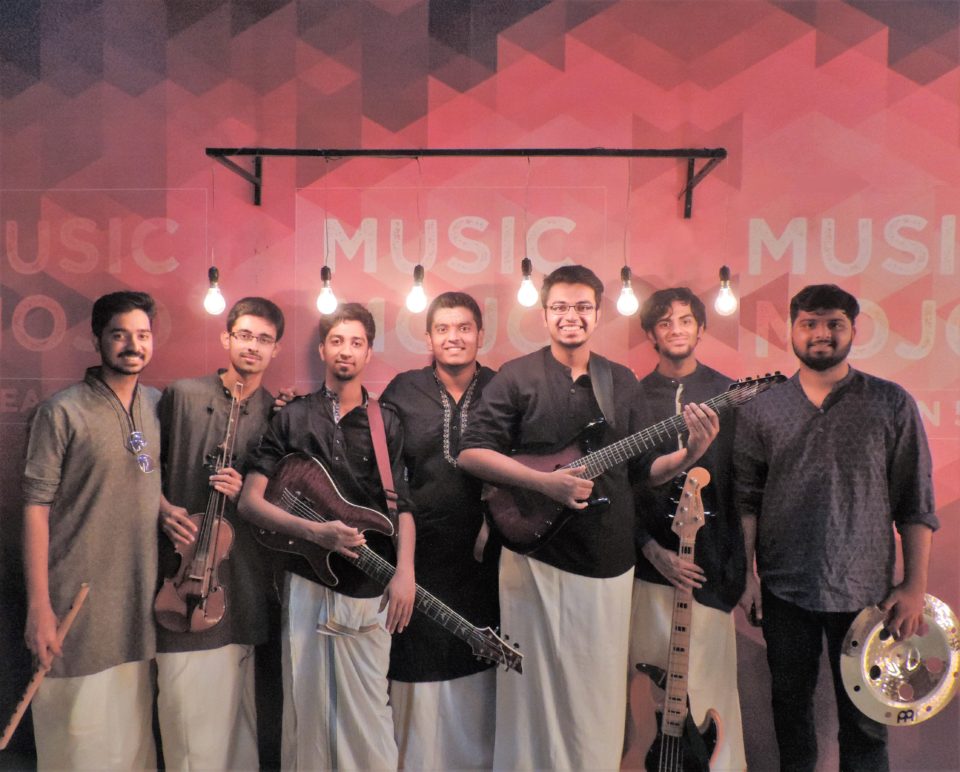 Atlanta, GA, March 8, 2019: How many times does a music band receive calls from the prestigious international UK Tech Fest 2019 to perform on the main stage alongside some amazing bands from around the world? Not many. Georgia Tech grad student Pranav Swaroop, a violinist trained in Indian classical music, and his Bangalore based band Project MishraM, are thrilled to receive the call to perform with wonderful artists and bands including Sarah Longfield and Monuments, to name a few.

MishraM is the only band from India to be invited to play at this festival with an expected footfall of over 3000.

A seven-piece Carnatic fusion band from Bangalore, MishraM, is an amalgamation of western genres such as rock, metal, jazz, reggae and electronic music centered around the Indian classical music. The team, with Pranav Swaroop playing the violin/vocals, Shivaraj Nataraj playing vocals/beat-boxing, BN Anirudh Koushik on the flute, Sumant Nemmani playing Lead guitar , Srishankar Sundar on the rhythm guitar, Ram Srinivas the bass, and Sanath Shanbhogue playing drums/other percussion has performed across the country. The team has won several awards including Yamaha Swagbash (2017), Forum Rock On (2018) and the Maruti Suzuki-Colors of Youth-Season 7 amongst others.

MishraM has performed at venues including The Hard Rock Cafe, Music Mojo at Kappa TV-Season 5, amongst others. The band was invited to perform during the official launch of ‘Monster Energy’ in India. MishraM was recently invited for a TED talk and performance during TEDx NitteDU (2018) .

Pranav Swaroop has performed in over 700 concerts in India and abroad and with artists such as Raghu Dixit and Benny Dayal. Having topped the ‘Vidwat’ examination conducted by the Govt. of Karnataka in both Carnatic Vocal and Violin, Swaroop is also the recipient of Karnataka Sangeeta Nritya academy fellowship from Govt. of Karnataka for both disciplines.

MishraM, in addition to performing at UK Tech Fest, plans to perform at more venues in the UK around the same time with a do-it-yourself concert-tour showcasing Indian music and culture. They are reaching out for financial support from the community. If you are interested, you can fund their ambitions at  www.gofundme.com/projectmishramforuktechfest2019 or www.ketto.org/projectmishramforuktechfest2019

You may check more details about the band on their Facebook page www.facebook.com/projectmishram