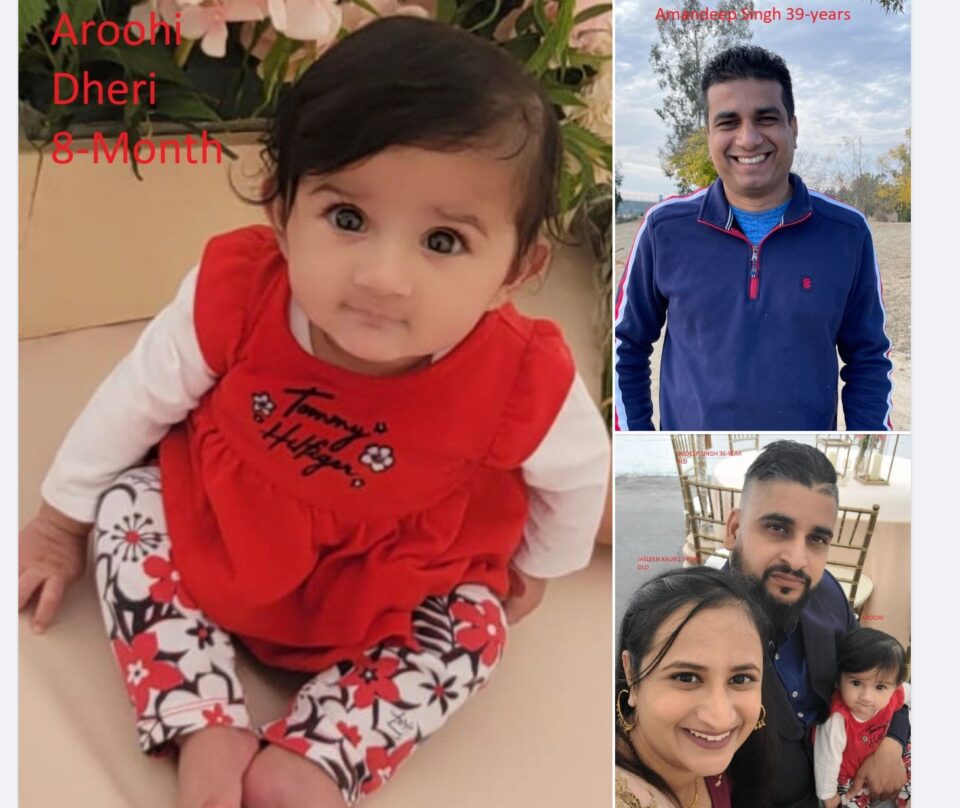 Police are asking for the public’s help in locating four members of an Indian American family who they say were kidnapped from the South Merced area of Merced County in Central California.

Detectives are looking for 8-month-old Aroohi Dheri. Detectives believe that Aroohi and her mother Jasleen Kaur (27) & father Jasdeep Singh (36) were taken against their will from a business in the 800 Block of South Highway 59. The Baby’s Uncle Amandeep Singh (39) was also taken against his will with the other family members.

Investigators are currently in the early stages of their investigation and are asking anyone with information to call the Merced County Sheriff’s Office (209)385-7445.

The Merced County Sheriff’s Office later released pictures of a suspect through a facebook post. He is described as a light-complexioned male with a shaved head. He was last seen wearing a hoodie.

“We consider the suspect to be armed and dangerous. If you see this person, please call 9.1.1. and do not approach him or the victims. We’re asking that anyone with information regarding the identity of this suspect to contact the Merced County Sheriff’s Office Investigations Bureau at 209.385.7445,” the post said.

Information can also be submitted via email at MercedSheriffsOffice@Countyofmerced.com