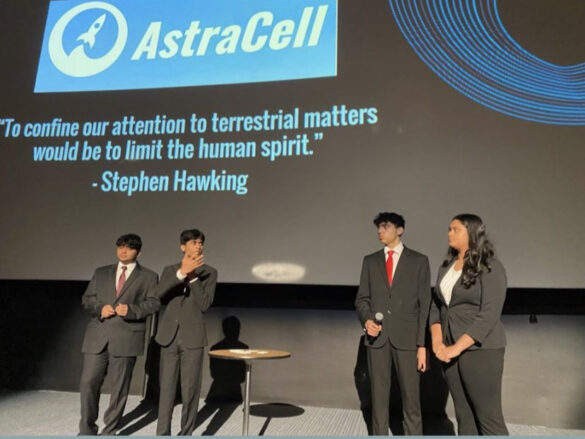 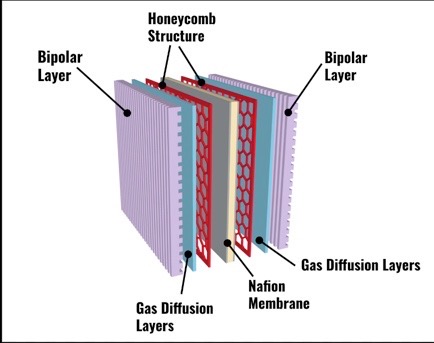 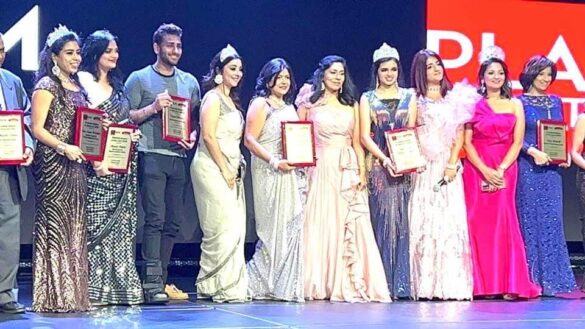 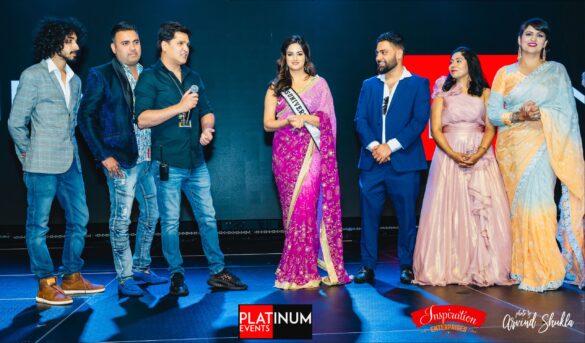 BY MAHADEV DESAI
Photos by Bytegraph & Leslie Magnum of HealthyHeartCoalition.org
(Click on photos for high-resolution view.)

Atlanta, GA: India American Cultural Association (IACA) organized its gala 17th annual Festival of India, to celebrate India’s 67th Independence Day, at the Gwinnett Center on Saturday and Sunday, August 24 and 25 2013.The Festival was celebrated with great joy, enthusiasm and patriotic fervor by over 5,000 of the Atlanta community. The visit on Sunday afternoon by social activist Padma Bhushan Shri Anna Hazare added special flavor to the rich menu of an entertaining and engrossing program.

Shouts of “Vande Mataram” and “Bharat Mata ki Jai” rose as Anna Hazare was enthusiastically greeted by the crowd. “Main Jan Lok Pal to lagoo kiye bina nahin maroonga,” Hazare declared (“I am not dying before the complete implementation of Jan Lok Pal bill”). He explained how he used his Padma Shree and Padma Bhushan award money to open a trust that helps poor people get married.

President Tripathi asked, on public’s behalf, “You have 120 crore Bharatwasi with you, but you don’t have 542 lawmakers (MP’s) to support you. How can you change or implement anything?” Anna replied that he is creating public awareness which will help win over enough good lawmakers to his side, to enable him to accomplish his mission.

The Festival was graced by the presence of CGI in Atlanta, Hon.Ajit Kumar and Congressman Jack Kingston (R – 1st Dist. of GA) and his wife Libby. They were welcomed with a warm smile and traditional Indian aarti by vivacious emcee Nivedita, and presented with flower bouquets.

In his address, IACA President, Kaushal Tripathi said that this year’s celebration is to honor fastest growing community in America, a celebration of centennials. This year happens to be centennial of Indian cinema. It is the centennial of the Gadar Party which was formed to free India. This year it is also the 150th birth anniversary of India’s iconic Nobel Laureate Rabindranath Tagore, and also the 150th birth anniversary of Swami Vivekananda. IACA is the biggest Indian organization which represents 120,000 strong and growing Indian diaspora of Georgia. We take immense pride in adding diversity to the many ethnic communities in Georgia. We constantly endeavor to unify all the communities to act together and give back to the community. This year has been an eventful one. We organized 28th Beauty Pageant, and also first ever signature event, Atlanta Indian Idol Contest 2013.We are thankful to Festival sponsors Delta Airlines and AT & T. Atlanta is our home. Let us build a happy, harmonious community.

IACA Chairwoman Paddy Sharma introduced the Chief Guest, Jack Kingston; Jack Kingston is United States Representative for the First Congressional District of Georgia.  Today he serves as Chairman of the Labor, Health and Human Services, Education and Related Agencies Subcommittee which oversees federal spending on worker safety, health, education, and retirement security programs. He also serves as a senior member of the Defense Appropriations Subcommittee. In 2013, Kingston was appointed to the State, Foreign Operations and Related Agencies Subcommittee. Kingston is an Economics graduate of the University of Georgia, and lives in Savannah with his wife Libby and their four children.  Congressman was accompanied by C.B.Yadav, who is a small business owner in Camden County. He serves on the board of the Camden County Chamber of Commerce and on the Kingsland Tourism Board. He is also the vice chair of the Kingsland Downtown Development Authority. He was sworn in on August 1 by Governor Nathan Deal to a statewide board of the Georgia Lottery Commission.Congressman  further recognized Shi Shailendra and  Chandrakant (CK) Patel and Sheilah Montgomery of Credit Union of Atlanta.

In his brief remarks, Mr. Kingston said,” It is a privilege and an honor to speak to you and to celebrate the Independence of India. I was in India and have enjoyed myself immensely. There is a great opportunity for trade, commerce and medicine between our two countries.  We should also work together in preserving the environment. India has done a commendable job in almost eradicating polio. I love Bollywood. It has wonderful actors and actresses.  On a serious note, we consider India as our military ally. We would like our countries to be partners in terms of world peace and stability.

Consul General Ajit Kumar congratulated IACA for organizing the Festival for the past sixteen years. “The attendance and enthusiasm of the people here shows the success that IACA is having with these festivals. Just a week ago we celebrated 67th Independence Day of India. We are closely associated with the U.S.through the ‘Green revolution’ Thanks to Agronomist Norman Borlaug‘s high yielding  wheat, India today is the second-largest exporter of wheat and number one exporter of rice in the world. We have many such achievements in our 66 years of independence. We have a large young population which when skilled and trained will be a force to reckon with. We have to reap this demographic dividend. We also have a large middle class and that makes it a large consumers market in the world.  We are here to serve you and to forge people to people relations and trade relations with Georgia and the United States. I wish IACA success in its future endeavors.

Georgia Power and former Chair for Asian American Commission for a New Georgia Josephine Tan cheerfully remarked,” Thank you for the opportunity to be here for the very large and enjoyable celebration of Indian heritage and culture. On behalf of GA Power and my husband Dr.K.J.Tan, I congratulate IACA for organizing 17th Festival of India. We are thrilled to be here.We really appreciate  the new India Consulate and all that the Consul Ajit Kumar and your community do for our great State .GA Power is also committed to provide great energy efficient services.”

Congressman Kingston presented commemorative plaques to the following Awardees in recognition of their excellent and continued contribution to the community:

Booths in the Main Hall:

Atlanta’s popular Madras Saravana Bhavan, Udipi Café, Mohan Chat and Bangkok Thai Restaurant did brisk business selling mouthwatering food and beverages. The booth-renters were happy that the stage for the ‘Cultural Show’ was also in the same hall as it drew more public to the booths.

The Cultural team presented a riveting and very entertaining mammoth two-days cultural program with the participation by talented and excited participants in colorful Indian costumes and accessories. The program attracted a large audience, who were glued to their seats throughout the program. Several volunteers helped with the back stage production all day. The program had patriotic songs, Bhangra, garba, dandiya, exotic folk dances, Bollywood songs, Classical instrumental renditions, and Classical dances. Kudos to the Culture team .Nivedita and Nida Shariff coordinated the cultural segment under the able leadership of Dr.Raktim Sen. The morning emcees were Shohini Rakhit, Amaan Charaniya, Suryabrata Dutta, Ishaani Podder and afternoon ones were Anjali Tripathi and Mitesh Khoosal. Mrs. India International Winner, Shaveta Jain and Kritika Subramaniam coordinated the dance competition.Salim Panjwani did a commendable job manning the sound system during both days.

Kritika Subramanian moderated the discussion on’ The Youth Forum on South Asian Health’ paneled discussion designed to answer questions and concerns regarding the South Asian lifestyle. The topics ranged from lifestyle choices to diabetes to social empowerment. The panelists consisted of Dr. Sudhanva Char Dr. Inuka Midha, Dr. Raju Midha, and Dr. Rony Jose. Dr. Sudhanva Char, a retired professor from Life University and yoga instructor, brought insight to traditional or alternative medicine’s influence in the western world, especially on the benefits of yoga. Dr. Inuka Midha, a professor at Emory College, was enthusiastic about community outreach for a healthy lifestyle and explained the importance of informing the South Asian community of simple decisions that can be made at home to make one more “healthy.” Dr. Raju Midha, a practicing physician, responded to the concerns of traditional medicine versus allopathic medicine, answering that both forms of medicine need to collaborate together in unity and either one should not be treated as an inferior practice.  Dr, Rony Jose, representing Rollins Association of South Asian Health (RASAH), gave input on what the South Asian community needs are and how we as a community can approach them.

The discussion became lively as the audience members started participating. Elementary school students recognized the “my plate” food planner from their health classes and older audience members inquired about adjusting the healthy practices for a traveling lifestyle. Overall, the youth forum encouraged participants to respect the practices of traditional Indian medicine in conjunction with western medicine, and to take initiative in improving the health situations in the South Asian community.

Diabetes and its impact on our community:

This Seminar was attended by over 30 people. It was facilitated by Dr.Nazeera Dawood of Fulton County Health and Wellness. She informed of various health related resources available in Fulton County as it relates to the South Asians Health. She stressed the importance among the South Asian Community to gain influence in the city/state governments to allocate more resources on preventive care and support services as it relates to health issues of importance to South Asians.

The discourse on ‘Relevance of Swami Vivekananda by Swami Ishtamanandaji of Ramakrishna Mission,Chicago,Illinois,was organized by Rabindra and Shoma Chakraborty. 150th Birth anniversary of Rabindranath Tagore was celebrated with a documentary film ‘Where the mind is without fear’. It was conceptualized and produced by Rabindra and Shoma Chakraborty.

Kids Mock Cooking Competition: For the first time IACA organized “Mock Cooking Competition” with the help of Fulton County Healthy Heart coalition. Kids start with finger foods rich in salt/sugar and fat making them depend on fast foods, soda and a lifestyle that will ultimately lead them to obesity, diabetes and other chronic diseases.YES! YOU CAN DO SOMETHING ABOUT IT!

Develop fascination for cooking at an young age. Get them to learn the ingredients. process of food preparation and enjoy cooking as an art. They will learn to serve the food they cook and the virtues of sharing that can make them happy, healthy and friendly. It was moderated by Usha Swamy. The teenagers who attended were told about importance and benefits of a healthy, nutrious diet and taught how to make fruit and vegetable smoothies by Cornelia King of Fulton County Healthy Heart coalition.

The Festival of India, which began in 1997  has now become a much anticipated and appreciated annual event,  as it provides an invaluable glimpse into the rich and vibrant culture and heritage of India to Atlanta’s fast growing young Indian generation as well as to the mainstream communities.

The Festival of India, which began in 1997  has now become a much anticipated and appreciated annual event,  as it provides an invaluable glimpse into the rich and vibrant culture and heritage of India to Atlanta’s fast growing young Indian generation as well as to the mainstream communities.