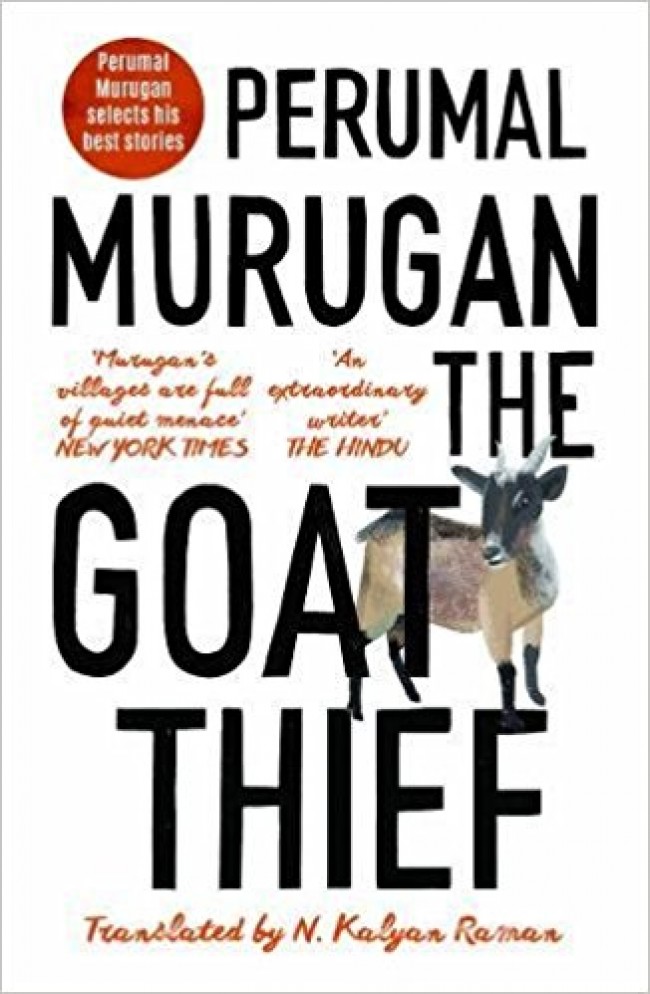 New Delhi, March 15 (IANS) He can barely speak a few lines of English, yet his deep insight and observations of rural life are reshaping how we view the hinterland.

With a distinctive voice — as fresh as it is ancient — Perumal Murugan’s novels have literally taken Indian publishing by storm. But before the storm was a life lived amid poverty, few resources, an alcoholic father and an undying urge to pursue education against all odds.

“Odds,” Perumal contended in an interview to IANS, “are many.” But the suggestion that odds exist only in rural settings is misplaced and reflects a certain lack of awareness, said Murugan. Whenever we call farmers poor and judge their lives, it is from the perspective of a new kind of life that is emerging in the cities — in the clothes we wear, the food we eat.

“Comparatively, it might seem that they are suffering from poverty; but as far as I have seen and understood, agriculture is not a profession — it is a way of life. It is something you live and breathe every day. I have always felt that it is a very fulfilling life and there is never a sense of something missing in the village. I was yearning for nothing,” maintained 52-year-old Murugan, who was thrust into the limelight after his novel “Madhurobhagan” came under attack from Hindutva supporters and was declared “blasphemous” in January 2015.

A totally shattered Murugan was hounded and brutally attacked and this saga of unfortunate events culminated in a self-imposed exile from writing. In 2016, however, Murugan returned to writing, after a Madras High Court order upheld his right to free speech.

In the same year, Tamil Nadu recorded its lowest annual rainfall in 140 years and the resultant drought-like situation is what forms the backdrop of “Poonachi, Or the Story of a Black Goat” (Translator: N. Kalyan Raman; Westland). It is his first novel after the controversy — and it just strikes the right chord.

To be able to tell a story where animals take centrestage is not easy and rarely do fiction writers take up this challenge. But here is Murugan, a man of farms and villages, telling the story of a pitch-black goat with both conviction and purpose.

A hard life lived in rural Tamil Nadu is the reason for the conviction, but the purpose is greater — to tell the story of humans in the words of animals, especially at a time when humans are at a loss for words to speak up for themselves.

In doing so, he tells a sordid story of our times and weaves a fictional narrative around, among other things, the increasing levels of surveillance in society. An almost authoritarian regime wants to keep a count of all the livestock that flourishes in the fields and so Poonachi has to be tagged at an office.

Not only does his novel show what fiction can achieve but also opens up new horizons for its readers. There are heartbreaking moments, there is dilemma and confusion, there is hope and fear, there is sorrow and love — all emotions we think are limited to humans. A powerful yet poignant story such as this could have only been told by Murugan.

His desire to continue living the agrarian way of life “is very much influenced by my childhood” — and his memories of a carefree existence, though marred by difficult phases. He was the first in his extended family to pursue education above the middle school. His father ran a soda bottle shop and they had just a small plot of agricultural land to sustain the family.

“I would walk for five kilometres to school every day. It was a period of fun and happiness… we were about 15 boys and girls going to school together. We would play on the way, study and come back playing in the same manner. So more than my time at school, I remember going and coming back every day,” he said. And what they would often do was “sort of interact with animals” on the way. It seemed as if they understood the language of the animals.

When he was in class seven, the small plot of land that sustained the family was taken away by the Housing Board, creating a fresh financial crisis.

“My family was thinking of pulling me out of school so we could have an extra pair of hands in the soda shop. They said that if he fails, we will pull him out,” he recalled. But the young man, living in a family struggling to make ends meet, would go on to complete his PhD — and in Tamil literature, of all subjects.

Through his graduation and Master’s degrees, Murugan published short stories in Tamil weeklies and literary magazines, but he reached a saturation point where “I felt that the short story as a form could not capture the entirety of some of the things” that he wanted to write about. “So I decided to write a novel.”

“Eru Veyyil” was published in 1991 and was more of a personal story: “How the Housing Board took away our land and the saga of misfortune that followed.” It also established him in the Tamil literary space.

It is near impossible for a contemporary novelist in any Indian language to command a vast readership in English. Murugan has made the impossible possible. And where, in the past, it took decades for translations to become successful, Murugan only seems to grow stronger with every novel. He may, in fact, soon emerge as the most celebrated Indian writer of our times.

Triumph of spirit over form: The extraordinary life and career of Stephen Hawking

A yogi’s actions are neither white nor black: Author Karan Bajaj