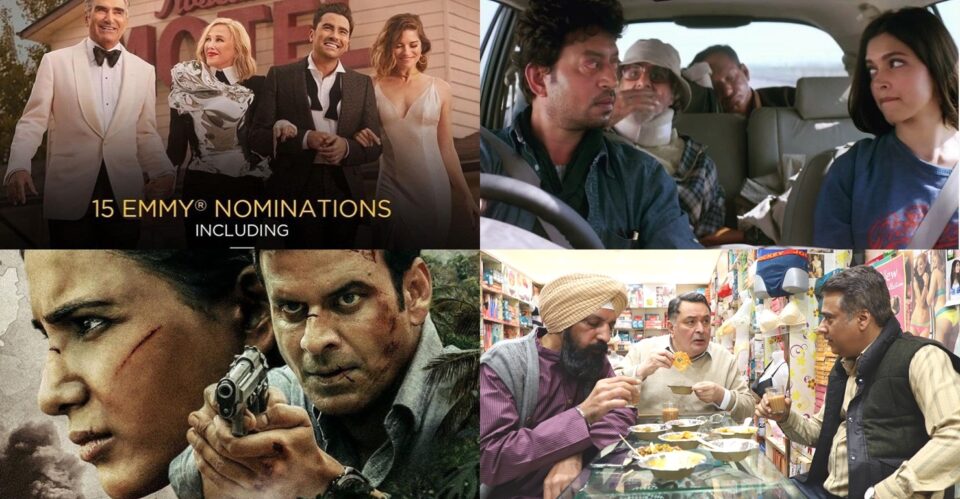 New Delhi, June 20 (IANS) It’s Father’s Day! The perfect Sunday to settle down for an OTT binge together, of course, to hang around with him and make his day special.

The 1993 comedy starring late actor Robin Williams would seem like an apt choice. It’s about a dad who will go to any extent for his kids, makes for a happy watch and, what’s more, harks back to the days when dad was younger. The feel-good entertainer is about divorce, separation and the effect they have on a family.

FATHER OF THE BRIDE

Starring Steve Martin, Diane Keaton, Kimberly Williams, George Newbern and Martin Short among others, the 1991 film is a remake of the 1950 film of the same name. In the movie, Martin plays George Banks, a businessman and owner of an athletic shoe company who he finds out his daughter is getting married, does not want to give her away.

The 2015 Bollywood film is directed by Shoojit Sirkar. The film is a quirky comedy about the relationship between an aging, cantankerous father played by Amitabh Bachchan (in a National Award-winning role) and his irritated daughter Piku, essayed by Deepika Padukone. The two are seen dealing with a clash of conflicts, and yet they know they are each other’s only support.

The Emmy Award-winning show “Schitts Creek” is the story of a rich family that loses everything except a town. The patriarch of the family, Johnny Rose, portrayed by Eugene Levy, is a father all can relate to. Slightly awkward, extremely vocal but at the end of the day, loving and caring. He is always someone who can make everyone laugh.

The film covers the story of an unconventional father-son relationship. Raj finds his son Kabir growing distant from him, and this troubles him. The film in a way explores how the evolving world of social media makes it even more difficult to stabilise a strained relationship that exists due to generation gap.

The Ajay Devgn-Tabu-starrer released in 2015. The film follows the story of a father, who goes to any extent to save his family after an accidental crime is committed, leaving him to protect them and their secret from a fierce police officer, who suspects them of murder.

The story revolves around Manoj Bajpayee’s Srikant Tiwari, who appears to be a middle-class man, but serves as a world-class spy. He tries to balance his familial responsibilities with the demands of the highly secretive special job. He keeps the secret from his family members to keep them safe from the dangers he faces on ground.

THE PURSUIT OF HAPPYNESS

Will Smith and his son Jaden Smith star in the 2006 story, which revolves around a struggling single father, who dreams of a better life for his boy. After finding themselves homeless, Will’s character Chris risks everything when he lands an unpaid internship with a stockbroker.

The comedy drama film stars real-life couple Rishi Kapoor and Neetu Singh as husband and wife, with Aditi Vasudev and Archit Krishna as their kids. The film revolves around a middle-class school family and its struggle to buy a new car.