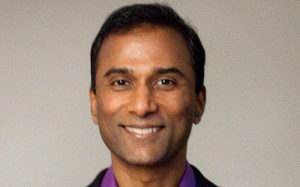 Atlanta, GA: ‘Email’ inventor Shiva Ayyadurai’s has challenged Monsato Company, one of the world’s largest producers of GMOs: his $10 million building in Cambridge,Massachusetts if the agro-giant can disprove his claim that there are “no safety assessment standards” for genetically modified organisms (GMO).

Ayyadurai’s dare revolves around his alleged discovery of the accumulation of high levels of formaldehyde in GMO-engineered plants, and his resulting shock that “acceptable standards for testing” do not exist.

“This is not a pro- or anti-GMO question,” Ayyadurai wrote in his abstract published in Agricultural Sciences. “But, are we following the scientific method to ensure the safety of our food supply? Right now, the answer is no. But we need to, and we can if we engage in open, transparent and collaborative scientific discourse, based on a systems approach.”

“If Monsanto can disprove the fact that there are no safety assessment standards for GMOs, the conclusion of our fourth paper, then I will give them my $10 million building,” Ayyadurai told Patch.

Ayyadurai added that he has made repeated attempts to contact and meet with Monsanto officials to discuss his findings, but that the agrochemical giant has ignored his requests.

“They know who I am. And they definitely know about our research,” he said.