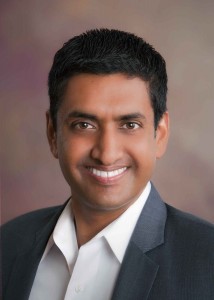 Washington, Oct 18 (IANS) In the aftermath of the US government shutdown, a former Indian-American Obama administration official has proposed “bold” reforms to make government more efficient, transparent and responsive with a Silicon Valley approach to governing.

“I am pushing a reform agenda against special interests to hopefully change Congress,” he said addressing a gathering in his constituency which is home to a range of technology companies, a day after the US government reopened after a 16-day standoff between Democrats and Republicans over budget and raising the US debt limit.

“Relieved that the shutdown is over after 16 long days,” he tweeted. “Let’s hope Congress never repeats this again,” he said proposing what he called “five steps” to change Congress.

“These proposals will help turn our members of Congress back into the representatives of the people that they’re supposed to be,” Khanna said.

“As a son of immigrants, I would certainly fight for immigration reform,” said Khanna.

President Barack Obama has made fixing the “broken” immigration system a key priority of his administration this year.

Khanna has received the endorsements of several high-profile Silicon Valley figures, such as Facebook’s Sheryl Sandberg and Yahoo’s Marissa Mayer in his bid to oust Honda.

The two face off in a Democratic party primary in June 2014 before the November 2014 election.

Khanna also again outraised Honda in the third quarter with $504,450 against Honda’s $385,000. He finished the quarter with $1.9 million on hand, according to his campaign.

Khanna had made a $1 million-plus haul last quarter, which he ended with $1.7 million in the bank.