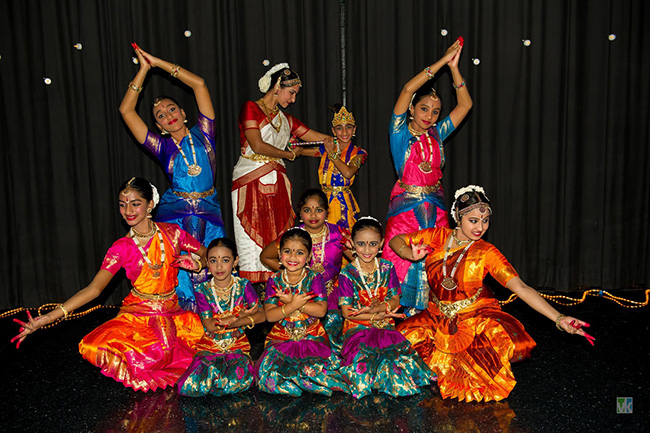 Drawing from her years of training and performing, and following the best traditions of her Alma Mater – Bharata Kalanjali, Gayatri Seshadri founded the Darshini Natayalaya Academy in Memphis, Tennessee in 1998 and relocated to Georgia in 2013.  She now performs and trains students in this art form from her studio inCumming,Georgia. Darshini Natyalaya’s mission is to increase each student’s physical, emotional and intellectual well being through the art of Bharathanatyam. In addition, Darshini Natyalaya seeks to increase their curiosity and passion for Indian culture, mythology, music and art.

Bharata Nrityasala conducted its Annual dance recital 2015 during the auspicious Navarathri time providing an opportunity to showcase the talent of its disciples.  This school, affiliated to Dr.Padma Subrahmanyam’s Nrithyodaya inChennai,India, was founded by Late Guru. Sundari Santhanam inBangaloremore than 30 years ago, whose legacy has been continued by her daughter Smt.Harini Santhanam. 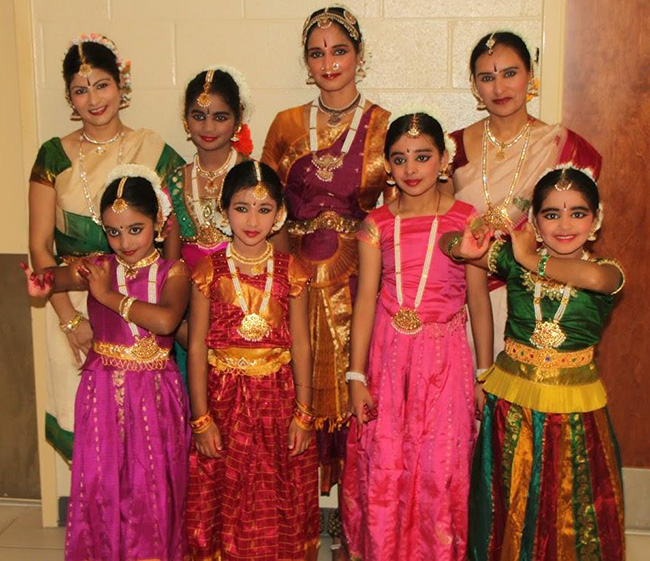 Harini has been running this school since her mother’s untimely demise in 2009 and has since expanded to Forsyth County in Georgia.  Harini comes from a parampara established by Padma Bhushan Dr. Padma Subrahmanyam, who over several decades ago, revived and reconstructed aspects of Bharata’s Natya Shastra, thus bridging the gap between theory and practice that has existed for over 500 years.  This aspect was incorporated in the Bharata Natyam curriculum taught at their schools and this technique of dancing gave birth to Bharata Nrityam.  This word Bharata Nrityam was coined to differentiate Dr. Padma’s style of dancing that not only includes the traditional adavus of Bharata Natyam but also includes other theoretical and practical aspects of Natya Shastra like the bedhas, caris, nrittahastas and Karanas.

Gayatri and Harini were extremely pleased to have Dr.Kalai Chellam preside the function.  Just like her name “ kalai, which means art in Tamil, she is a master of multiple art forms, a philanthropist, role model, healer, teacher, leader, socialite and lover of arts, they said. 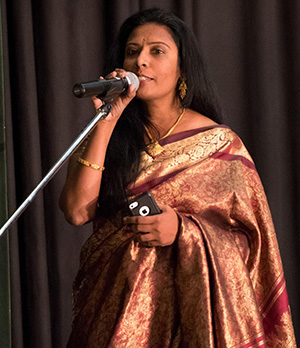 Dr Kalai Chellam is an Internist and a geriatrician, with special interest in hospital medicine and Alzheimer’s disease. Hailing from Chennai, Tamil Nadu, Dr. Kalai, currently functions as the Medical Director of theHeartWellnessCenter and is a hospitalist in the department of Internal Medicine atDekalbMedicalCenter. She is passionate about giving and is heading multiple charity projects in and outside theU.S.. She is also an Adjunct Associate Professor of the MorehouseschoolofMedicine and the Georgia Philadelphia School of Osteopathic Medicine.

Not forgetting her roots, Dr Chellam became involved in American Tamil Medical Association, (an U.S based health charity organization, catering to the health needs of the needy) and is currently its president. She is also the chairperson of the board of directors of Greater Atlanta Tamil Sangam.

Sushma Swaraj to address Indian diaspora in the US