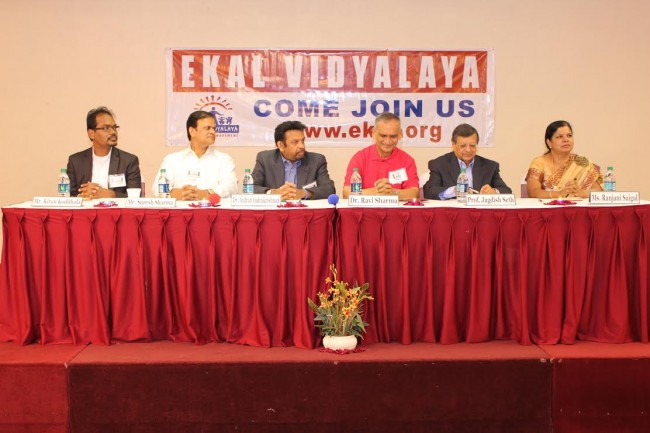 Atlanta, GA: The Ekal Power of Education Forum was held atImpactCenter, Global Mall on Sunday, September 7. Ekal, a 501(c) (3) tax-exempt non-profit entity has been working since 1986 in neglected rural and tribal areas to eradicate illiteracy. It operates and supports innovative, One teacher-One Room non-formal schools for under-served communities, providing free basic education, healthcare, vocational training and empowering them. Today, there are over 54,000 EKAL schools inIndia, with over 1.5 million children studying under this program.

Ekal’s first ever Power of Education Forum in Atlanta brought together community leaders and prominent Ekal supporters to explore new opportunities and campaign ideas for the non-profit.

Ranjani Saigal, executive director of Ekal made a presentation on Ekal’s objectives and mission, one of those being the holistic development of every village using education as a primary vehicle. Ekal goes to remote, rural and tribal areas where no other NGOs go, she said, adding that the non-profit also encourages rural entrepreneurship, which ensures that over 80% of Ekal students stay on in the villages. 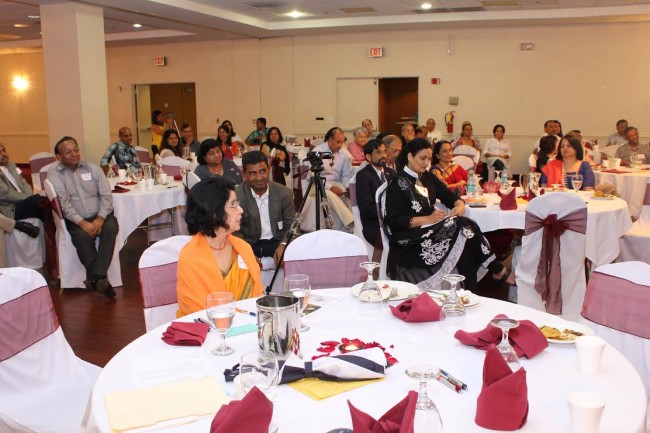 In her presentation, Saigal touched upon Ekal’s long tradition of running very effectively on an extremely low overhead.  She gave snippets from her conversations with Acharyas and the children themselves. Her recounting of a quote from an Ekal child – “Hum Bharat kaa nirmaan kar rahe hain”(We are buildingIndia), brought a rousing applause. Bringing empowerment to over 54,000 villages in ruralIndiais just one of the many things that Ekal does every day, she said.

The Ekal model (where 75% of the teachers are women who are extremely powerful and influential in their village) has been a case study at the Harvard Business School, she said.

The keynote address was by Prof. Jagdish Seth, Professor of marketing atEmoryUniversityand an internationally recognized business consultant. “India’s greatest asset is its people,” he said, and organizations like Ekal are critical in unlocking its human potential because, “Education has to go to the people and fit into their eco system.”

Prof Seth said education equalizes people and enables a castless, prejudice-free society. Providing an example, he said, President Lincoln was the best president for the US because he invested in education, and made this country what it is today. “RuralIndiais growing faster academically than urbanIndia,” he added.

Ekal’s Atlanta Chapter President, Shiv Aggarwal presented on behalf of Mohan Kapur, a leadership strategist and motivational speaker. “Give bountifully, without thought of getting anything in return,” he said. “Only 1000 families out of the 30,000 Indian-American families inAtlantaare givers,” despite being one of the wealthiest communities. Urging those present to give generously, he said, “When you give, the returns are manifold.”

It is important to note that Ekal is not a charity; it is a nation building effort, Aggarwal said. 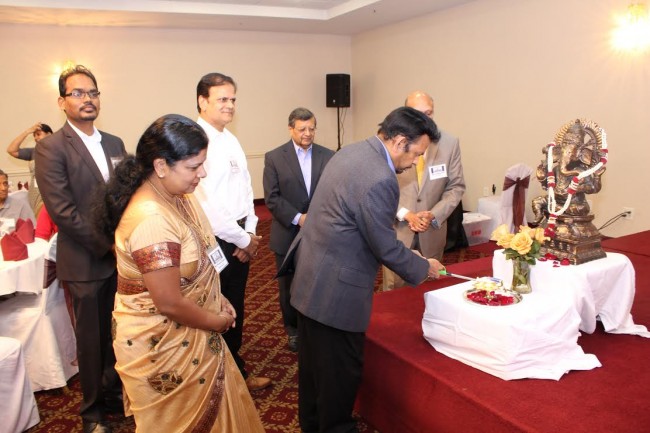 The panelists on the forum lent star power to the event.  The first panelist was oncologist and philanthropist Dr. Ravi Sarma, He urged Ekal to increase the fund-raising by leaps, to strengthen its foundation with better pay for its teachers and better facilities for villages. He also suggested that it invest in a PR department to get the word out. He advocated a common “United Way” type of platform for like-minded movements like Ekal, Aim for SEVA, SEWA International etc. His point was that a large federation can make a more compelling representation to our elected representatives.

Investor and business leader Suresh Sharma, who was the next panelist, spoke from the depth of his experience on the ground about using entrepreneurship and innovation in remote villages, “to help people solve their problems in their own innovative way.” One shoe does not fit all, hence it was important to design programs that train people in region-specific skills.

Georgia Association of Physicians of Indian Heritage (GAPI) president Dr. Indran Indrakrishnan spoke about his vision for Ekal. ‘It is important that we involve the next generation in the process,” he said. Get new faces to combat donor fatigue, he added.

Dr. Indrakrishnan affirmed his support for EKAL and commended the strides made thus far. At the same time, he pointed out an opportunity to improve the website so that financial reports are easily accessible.  Mrs. Ranjani Saigal assured him that the new website is almost ready for launch and that this will be a lot easier to navigate.

Social venture capitalist Kiran Kodathila, unveiled his vision to leverage mobile education to reach half-a-billion people and enable Ekal teachers (Acharyas) to be more effective than they are today.  He committed to assisting Ekal in implementing mobile technology in their schools.

Earlier Emcee Rina Gupta kicked off the meet with the traditional lamp lighting ceremony by panel members and the keynote speakers. The Ekal team led the chanting of Ganesh Vandana and attendees joined in. President of Ekal Vidyalaya Foundation, Chander Aggarwal, welcomed the panelists and guests.