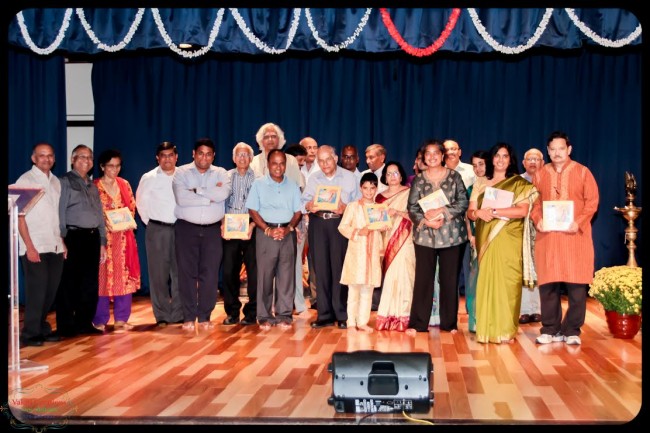 Atlanta, GA: The Legend lives on and will live on as long as Telugu language and literature are loved in this country. This was the feeling expressed by everyone who gathered to celebrate Dr. P. V. Rao’s life at a book-release event held recently.

‘Atmarpana’ – A Book of Select Poems written by Dr. P. Venugopala Rao was released in the presence of his long-time friends, associates, well-wishers and his family members on 22 September 2014 at Hindu Temple of Atlanta.

Ravishankar Vinnakota, a fan of Dr. Rao’s literature, visited his house and laid his hands on the best of his works and compiled the book. The book is published byVanguri Foundation,Texaswhich has also published more than 50 books written by Dr. Rao earlier. Dr. Rao used to be the editor of several books published by them. 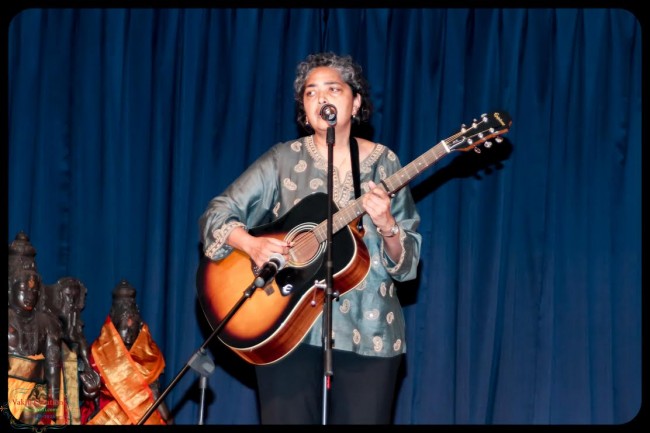 The event started with lighting of the lamp while Nalini Koch, Dr. Rao’s elder daughter sang a song followed by Dr. Saleena Dakin, the younger daughter’s recollections of the best moments with her dad. Viju Chiluveru, coordinator of ‘Maitri’, Senior Club welcomed the gathering while Phani Dokka hosted the rest of the event. Venkat Chennubhotla, Ram Durvasula, Lakshmi Vedala and Pallavi Dokka entertained the audience with music. Revathi Komanduri and Sasikala Penumarthi presented wonderful dances. Dr. Rao used to help both the dancers during their performance events. Dr. Seshu Sarma and Karthik Vadlamani read out poems they wrote in honor of Dr Rao.

Dr. Rao, a true lover of Telugu Literature, wrote extraordinary poems covering every possible subject one can think of. For the sake of non-Telugu audience at the event, Dr. Ravi Sarma translated three poems and explained their meaning.

Vinnakotaka said he that enjoyed working on this collection as much as Dr. Rao may have enjoyed writing it. He read every poem and selected the best of the best. Chittemraju Vanguri reminisced his association with Dr. Rao and said he is very proud be a friend of such a great personality.

Several friends, who came from different parts of the country, recollected decades of their association with ‘The Master of All’. HisAtlantafriends also spoke about Dr. Rao’s love for literature, arts and Physics.

A R Rahman and his team of top singers rock Atlanta