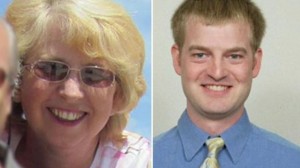 Washington, Aug 22 (IANS) Two US aid workers who contracted the Ebola virus while treating patients in west Africa have been discharged from the Emory University Hospital in Atlanta, the hospital said Thursday.

Nancy Writebol was released from the hospital Tuesday while Kent Brantly was discharged Thursday, Xinhua quoted a hospital statement as saying.

“After a rigorous and successful course of treatment and testing, the Emory Healthcare team has determined that both patients have recovered from the Ebola virus and can return to their families and community without concern of spreading this infection to others,” Emory’s Infectious Disease Unit director Bruce Ribner said.

Criteria for their discharge were based on blood and urine diagnostic tests and standard infectious disease protocols, the hospital said.

“The Emory medical team has maintained its extensive safety procedures throughout this treatment process and is confident that the discharge of these patients poses no public health threat,” it said.

In a televised press conference at the hospital, Brantly and his wife hugged every member of the hospital staff who helped him recover.

“Today is a miraculous day. I am thrilled to be alive, be well and be reunited with my family,” Brantly said.

Both patients received an experimental treatment known as ZMapp while still in west Africa, where the Ebola outbreak has killed more than 1,300 people. Experts, however, warned that it was still unclear if their recovery was due to the ZMapp treatment.