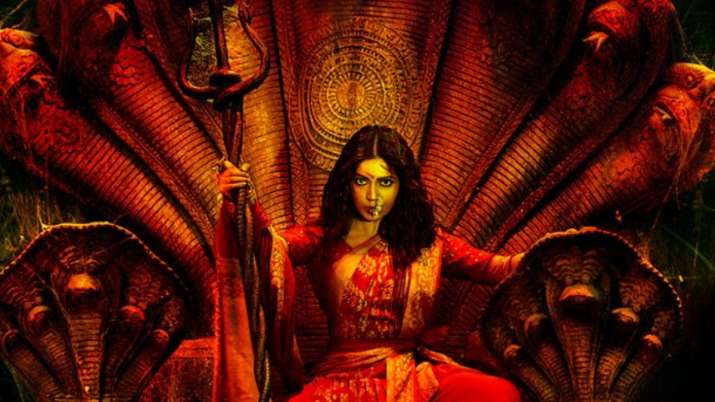 You were just beginning to get excited about new-age Bollywood horror after cutting-edge stuff as Stree and Tumbbad. Then came Laxmii, and now Durgamati — as rude reminder that Bollywood horror still has some way to go.

Durgamati, crafted almost frame to frame from the 2018 Telugu-Tamil horror drama Bhagmathie, comes across as cliched melodrama more than next-level scare fest as it tries peddling horror with a message. The outcome is neither scary nor relevant commentary, for the societal ills the film tries highlighting are far too familiar as subject material on the mainstream screen to leave an impact.

Writer-director G. Ashok’s narrative starts off with a dozen-odd rare idols being stolen in a span of around six months, even as brutal killings take place. Minister Ishwar Prasad (Arshad Warsi), who is under suspicion, announces he will nab the culprits or retire from politics.

CBI officer Satakshi Ganguly (Mahie Gill) is given charge of the case. In the course of her investigation, she is led to IAS officer Chanchal Chauhan (Bhumi Pednekar), an aide of Ishwar Prasad. Presently arrested for killing her fiance (Karan Kapadia), Chanchal has been taken to a decrepit mansion. Local villagers believe the house is haunted by the spirit of Durgamati.

The film would seem like an unusual mainstream attempt using horror as a vehicle to focus on societal ills. The idea would have worked had Ashok shown an amount of imagination in scripting and execution.

Rather, the tale of Durgamati suffers from jaded treatment. Despite an engaging start, the narrative soon reels under age-old commercial Bollywood cliches about a crooked politician and his corrupt schemes, and how the powerful ruthlessly exploit the downtrodden for their gains. These themes, relevant as they continue to be, have been flogged by our storytellers for ages. (Besides, anyone, who stays in touch with news headlines about how smart corrupt politicians can be, would find Ishwar Prasad’s get-rich-quick plan ridiculously amateurish).

A sloppy narrative soon loses focus on what the film was originally sold as — a horror thriller. As the story plods ahead, the plot falls all over the place. The stray ‘scary’ scenes are too pedestrian to startle. You know a horror film is not working when what unfolds on screen fails to hold your attention.

The erratic storytelling affects the characters and, in turn, the performances, too. Bhumi Pednekar brings alive the haunting of Chanchal with the expected quota of bawling and rolling of the eyes, as a high-speed fan stays firmly pointed at her undone hair. She is let down by a ludicrous screenplay, as are the other proven artistes in the cast as Arshad Warsi, Jisshu Sengupta and Mahie Gill.