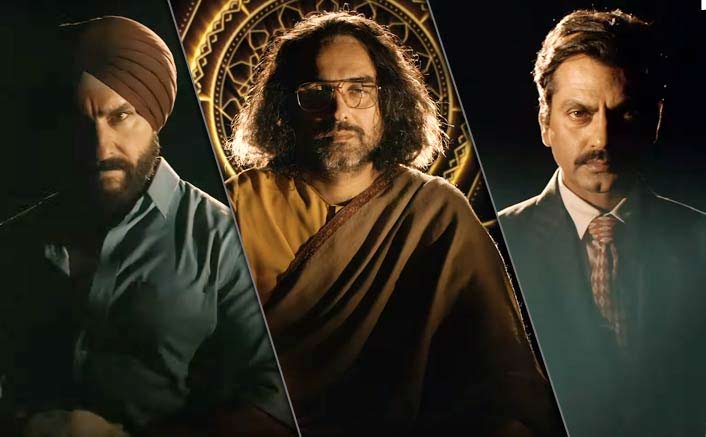 
Sigh. Mumbai is again under siege. Nuclear attack being planned, no less, this time. And the monstrously notorious, foul-mouthed and evil-minded Gaitonde is back to create another season of havoc in a series whose massive global success has surprised many, stunned none.

What is it that makes this heavily dense and ponderous parable of a crime combat between a cop and a sociopath so widely appreciated? Is it the unabashed language and brazen depiction of bodily functions? One character who we are told has an erectile dysfunction, gets a remedial treatment from an obliging lady in a swimming pool.

This character, we are told, thinks with his private part. I am not too sure which part of the body the writers of “Sacred Games 2” think with. Everything that was apparently appreciated in the first season has been amplified in the second season. There is more darkness spreading itself out from the characters’ hearts into the farthest distance of this series’ godforsaken horizon. There is a moment of anguished self-mortification between Saif and his estranged wife where he begs her to return to his lonely life. Saif moves around with a bloodied severed thumb, and I wondered if that thumb is indicative of the wounded city of Mumbai.

There is more bleakness and wretchedness. I couldn’t see a single happy character in the entire length and breadth of the series. No one laughs except to mock another. The humour, if it can be called that, is incredibly cheerless. Gainkonde in Mombassa, tells the hotheaded Bunty (Jatin Sarna) in Mumbai, he is gone off to the moon.

Bunty’s gaze goes up in the sky. LOL.

Even the new characters of Season 2 are up to no good, for themselves or others.

Pankaj Tripathi as a cryptic guru has the most interesting lines and a character that spreads itself out gradually into a bewildering arc of demoniacal destruction. The tension, built organically into the plot of season one, seems forced here and shoved into a landscape that is as barren as an artificial grass carpet spread in a highrise livingroom.

Frankly there is little to appreciate in this season of “Sacred Games”. Even the performances appear strangely detached, with Saif Ali Khan deliberately playing down his characters’ tensions to let his archrival scream through a role that grows progressively socio-pathic. Gaitonde’s foul language gets tiring after a while. The number of times he uses the crude term for the male private part makes one wonder if we are to read something Freudian in that script.

There is way too much happening on screen in this season. The violence that undercuts and defines the drama is purposely overbearing. Mumbai is finally saved. I am not too sure about the series.

Dil Bekaraar: A charming rom-com that will make you nostalgic