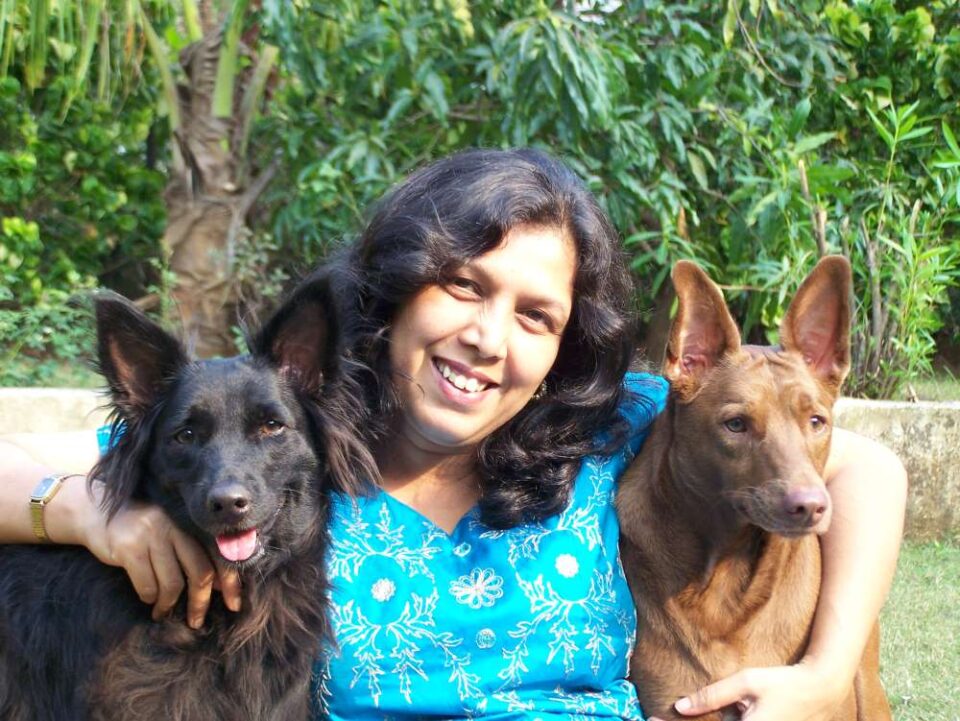 “The dog is a gentleman; I hope to go to his heaven, not man’s,” Mark Twain famously said. Author Manjari Prabhu embraces the quote in its entirety, embarking on a unique spiritual journey to awaken and enlighten the world with her The DOGtrine of Peace.

Dedicated to Sheena, her “doggie daughter and soulmate,” DOGtrine.. unravels the spiritual role of the environment and the universe, their link to compassion and harmony, while simultaneously narrowing down to dogs.

An inward journey of introspection, this book is ALL about the importance of dogs in the life of humans and the path to peace their love leads us to. Prabhu pours her heart in underlining the joys of giving and receiving unconditional love with no expectations that can be experienced when taking care of stray dogs in particular, and dogs in general.

As a non-dog owner, I wondered what 288 pages about dogs and humans could be all about. I was astonished to uncover the author’s ability to eloquently present her DOGtrine theory and substantiate it with abundant interviews, anecdotes, and experiences shared by popular public figures, scientists, animal- activists, dog-lovers, and spiritual gurus across the globe. Prabhu’s DOGtrine proposes nine profound Sutras, that help humans “remain relevant to nature, the universe and the entire existence in thought, intention, and deed.”

Amongst the many dog stories listed in the book, the heroic Dorado who saved his master even when given the chance to escape, is heartwarming. When the hijacked plane hit the tower, a blind dog-owner, Omar Eduardo Rivera on the 71st floor of the World Trade Centre on 11 September 2001 knew it would be difficult to head down the stairs, but he wanted to give Dorado a chance to run to safety and to survive. He unleashed the dog in the stairway, ruffled his head and ordered him to leave. Dorado got pushed down the stairs because of the evacuating, sweeping crowds of people, but minutes later, Rivera felt a soft nuzzling at his legs. Dorado had come back to his master, refusing to leave him in danger. Then, with help from the dog and a colleague, Rivera managed to climb down the 71 floors, and it took him an excruciating hour to reach the street. It was not long after that the tower collapsed.

Apart from interesting stories and experiences, Prabhu’s enriching interviews immerse the reader into the finer elements that characterize the human and dog bond, and that elevates it to a spiritual realm.

“Meditating with a sentient being is important. It is a communion with nature. Connecting to that stillness and silence that rests between both of you,” says Davidji, meditation teacher and author of several books. He served as the Chopra Centre COO, Lead Educator, and then as the first Dean of the Chopra Centre University.

Maneka Gandhi cites a more practical purpose of dogs in society – “dogs play a very important role on the street, because they’re predators, therefore, they keep rats at bay, and they keep the equilibrium of the city. If you know, in Surat when they removed the dogs, all the rats came up, and thus we got the plague.”

Dia Mirza, award-winning actor, producer, UN environment goodwill ambassador says there is nothing more powerful than acting from a place of compassion, responding to life with compassion and caring for other beings other than yourself and your immediate family members. “These are acts of love and care that makes a big difference,” she notes.

Prabhu touches upon lesser-known facts about dogs and signs of them reaching out to their owners from the beyond, including her own. A month after her dog Tuggy had passed away, Prabhu writes that she spoke to Tuggy asking her for a sign to let her know that she always will love her. “The next morning, to my greatest shock, I found a clump of silky black fur, on the exact spot where she used to lay her head on the pillow.”

“Through the dog, you can find a channel by which you can expand and become big. From this response to life itself, you get sensitivity, then sensibility and from there you slowly get elevated, to the highest state of enlightenment,” explains Dr Ranjit Bhogal about the role of dogs in yoga and spirituality.

A firm proponent of caring for street dogs, Prabhu’s DOGtrine brings focus to connecting man and nature in the most organic of forms, widening the scope of interactions and emotions into a form of service, which she writes, benefits man in turn. The cycle, she notes, is the foundation of DOGtrine.

“When two magical beings, decide on a spiritual goal, one with a wagging tail, but both with a unique soul..” Manjari’s poetry, prose and DOGtrine pay a “paw”tastic ode to all dogs and animals, even as it propagates peace, love, compassion, harmony, relationships, the spiritual paths and life itself. Examine the DOGtrine..you will be pleased with your findings. I sure was.

About the Author:Dr. Manjiri Prabhu holds a Doctorate in Communication Science and is an independent film-maker for Television, a Writer/ Novelist in English and also the Founder/ Director of the Pune Literary Festival. She has directed over 200 children’s TV programs, more than 50 short fiction and travel films and has authored 15 books. She has been hailed as the ‘Desi Agatha Christie’ by the media and is acknowledged as being the first woman writer of mystery fiction in India.

Buy The DOGtrine of Peace