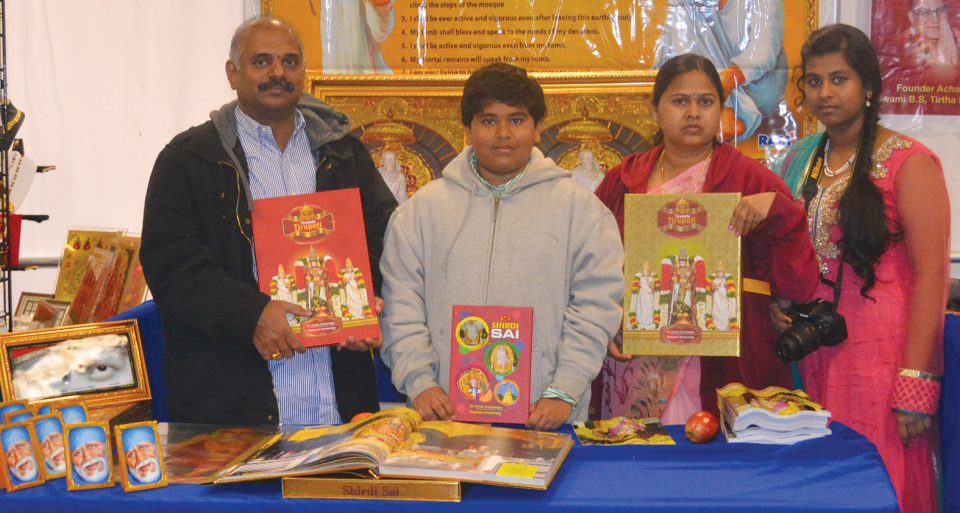 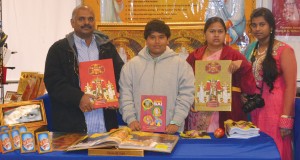 Dr.Kumar PVHN Annavarapu who is a renowned and prolific long standing editor, journalist, author, research scholar and a sought-after speaker, and his wife Rajeswari Annavarapu have co-authored an awe-inspiring album on India’s most reputed and richest iconic vedic temple in the hill town of Tirumala near Tirupati in Chitoor District in Andhra Pradesh.

With an illuminating historical perspective and meticulous attention to detail, the humble and self-effacing scholar-couple has given a wealth of interesting information which makes this album a worthy acquisition for devotees, Hindu and non-Hindu pilgrims and tourists to help them learn and appreciate this glittering gem among India’s many temples.

Tirupati was built by Tundaman. Later extensions were made by Pallavas, Cholas, Pandyas and the Vijayanagar dynasty. The presiding deity of the temple is Lord Venkateswara, an incarnation of Lord Vishnu. The temple has its origins in Vaishnavism, an ancient sect which advocates the principles of equality and love, and prohibits animal sacrifice. It has acquired unique sanctity in Indian religious lore. About 75,000 pilgrims visit the temple daily and more than 500,000 on special occasions and annual Brahmotsava.

The administration of Tirumala temple is entrusted to a Board of Trustees and an Executive Officer, under a 1987 Act by the Andhra Pradesh Govt.

Tirumala hills are nestled in the verdant Eastern Ghats. It comprises seven peaks-Seshadri, Neeladri, Garudadri, Anjanadri, Vrushabadri, Narayanadri, and Venkatadri. Tirupati Temple is on the seventh peak Venkatadri, on the southern bank of Sri Swami Pushkarini, a holy water tank. The temple can be approached from the town of Tirupati by a ghat road. On the way to the top of the hills pilgrims can enjoy the heartwarming scenic beauty of greenery and cascading waterfalls. The majestic archway called Alipiri Gate is the gateway to the green hills. The entrance for darshan is through the Vaikuntam Queue Complex-a series of inter-connected halls that leads to the main temple.

From the Tirumamani mandapam one can enter the Bangaru Vakili to reach the inner sanctum sanctorum. Two tall copper idols of the dwarpalakas Jaya and Vijaya are at the entrance. The doorway is directly in line with the Padi Kavali and the Vendi Vakili. It admits devotees to the Snapana Mandapam. The authors have described the exquisite ornaments of Lord Venkateswara.

Inside the Temple: The main stone deity of Lord Venkateswara is called Dhruva Beram. Kautuka Beram is a tiny silver deity placed near the left foot of Lord Venkateswara. Snapana Beram idol represents the anger part of the Lord Venkateswara. Snapana means cleansing. The idol is cleansed daily with holy waters.Utsava Beram: This deity is called Malayappa. And his divine consorts are Bhudevi and Sridevi.They come out during popular festival processions. Bali Beram: This represents the main deity. It is the Presiding officer for all activities and rituals in the temple.

The Aina Mahal has large mirrors, with an unjal (Swing) in the middle of the room in which the Lord is seated during festivals.

The most famous annual festival is called ‘Brahmotsavam’celebrated on a grand scale for nine days in September. The fifth and ninth days of the festival are especially significant in as much as Garudotstavam and Rathostavam take place on those days.

Garudotsavam: Garuda is the king of birds and is Lord’s mount. At the commencement of the annual Brahmotsavam, a flag with the image of Garuda is hoisted on the Dhwajastambha.The authors have given an elaborate and engrossing description of the Brahmotsava festival with the daily rituals over nine days, and followed it up with information on the three temples and Teerthams.

Prasadam:  Recently the TTD has taken copyright of world famous prasadam of laddu given at Tirumala temple. Thousands of pilgrims are served with free meals of fresh food cooked in POTU (Main kitchen) and PadiPotu. Rice is cooked in Potu whereas curd rice, tamarind rice, vada, appam, paayasam, dosa etc. are prepared in PadiPotu. Food items are also used for Naivedyam to the Lord.

Head Tonsuring: Many devotees have their heads tonsured as an offering.  The hair is sold to international buyers at periodic public auctions.

The album has slokas with their meanings in English. This edifying album has pages and pages of breathtaking  pictures of the architectural grandeur of the temple; the surrounding scenery;’ sila thoranam’, natural Garuda’, Garbha Gruham, resplendent idols of the Lord,with Sridevi and Bhudevi embellished with ornaments, the vimanam, spacious courtyards, illuminated colorful fountains and dazzling gopurams, awesome Unjal Seva, circumambulatory processions etc. The pictures are a feast for the eyes.

The album will undoubtedly give the readers a deeper appreciation of this sacred temple. It will be a treasure to have and cherish.

This album is now available in America for $51. It was designed differently in the form of a gift box.

Humble and self-effacing, 45 year old Dr. Kumar has an enviable and blazing academic and professional track record- an M.A.(History);M.A.(Sociology);M.Philosophy;Ph.D in Journalism,BL(Law) and P.G. Diploma in Public Relations. Multi-linguist Dr.Kumar is fluent in English, Hindi, Telugu and Sanskrit and has traveled widely to all the countries of European Union ,Singapore, Malaysia, and parts of USA; and is the recipient of prestigious Awards and Honors.

Rajeswari Annavarapu, M.A. has  played a crucial role in preparation of these albums by sharing her passions and talents. She has helped in editing,researching and collating all the material for these outstanding albums.

The authors are ardent devotees of Lord Shirdi Sai Baba. In October 2010,they co-authored a lavish 19×13” life-sized  206 pages including 270 invaluable photos  album SHIRDI SAI. This album is also available for fifty one dollars in America.