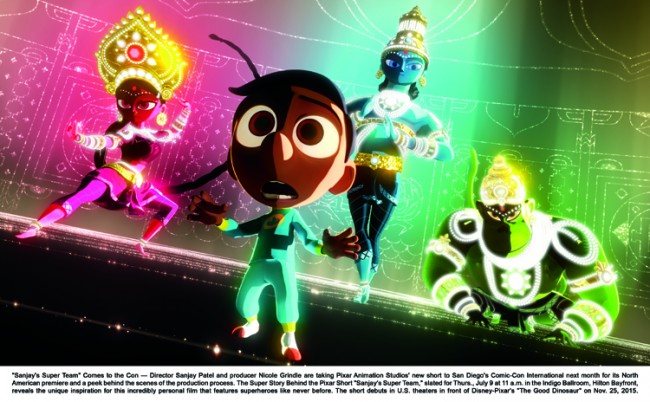 New Delhi, Dec 1 (IANS) In his quest to understand Vedic mythology, Sanjay Patel, an Indian-American, took the animation route to tell a story featuring Hindu gods as superheroes. The first-time director says an approval by a US studio to such a “culturally specific” story came as a “shock” (pleasant surprise) to him.

The underlying thought behind his animation short “Sanjay’s Super Team” goes deeper than what meets the eye from the plot. The film shows how he uses his own experience to tell the story of a young, first generation Indian-American boy whose love for western pop culture comes into conflict with his father’s traditions.

The project is now shortlisted amongst 10 animated short films to advance in the voting process for the upcoming 88th Academy Awards.

The 41-year-old says that since he hadn’t seen a story like his “in animation at large”, he didn’t believe it was possible to make it. But US film production studio Disney-Pixar readily backed the film, which will release with “The Good Dinosaur” in India on Friday. 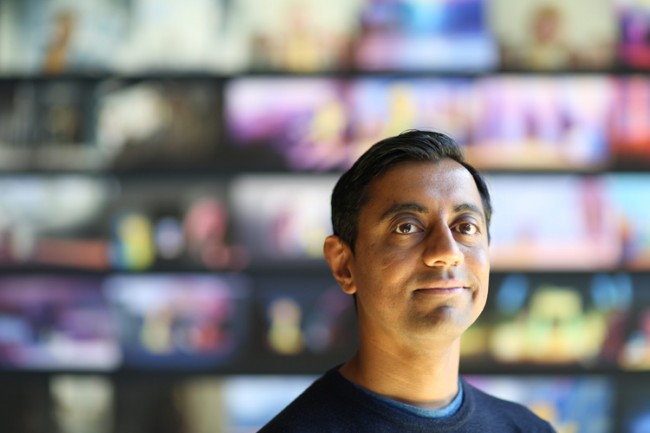 “Jim Morris, the President of Pixar, was instrumental in helping me see that there was room for different or foreign stories here. I hadn’t seen a story like mine at the studio, let alone in animation at large; hence I didn’t believe it was possible – nor did I believe that my story mattered.

“Once I put together my pitches for John Lasseter (chief creative officer, Disney-Pixar), he was extraordinarily supportive and approving of my voice and my perspective. In many ways, this was the biggest shock (pleasant surprise),” Patel told IANS in an email interaction from Los Angeles.

This is not Patel’s first association with Pixar Animation Studios. He joined the company in 1996 as an animator on “A Bug’s Life”, and has animated on many of Pixar’s feature films, including “Ratatouille”, “Cars” and “Toy Story 3”.

Then there came a point where he was at “cross roads” with his career at the studio.

“Having spent the previous decade working by day at Pixar and at night writing and illustrating picture books and graphic novels based on Hindu mythology – it felt like time to decide on one or the other. It was a hard decision but I decided to forgo the safety and security of Pixar to pursue my personal work.

“This is when the studio approached me to bring my personal work to try and develop it as a short. Yet I was very reluctant as I was skeptical the studio would really give me freedom to creatively pursue material that was both so personal and so culturally specific,” he shared.

A word of advice from his father helped him to set his mind.

In the past also, Patel used images to tell a story on gods through “The Little Book of Hindu Deities”.

“I’m in no way religious. I am exceedingly curious about existential matters and how they take shape in stories with archetypal characters. Vedic mythology is astonishing… in that it strikes on so many different levels – be it spiritual, or just plain stimulating.

“The thing that really has held my attention with the subject is that the more I read of Vedic or Indian culture, the more I seem to understand and appreciate my parents and the stories that matter to them. I find loving these stories is a way to love my parents,” said Patel, who has roots in Gujarat.

His love for Hindu mythology is evident, but he says he has only been to India twice for only about two months.

“I’d love to return, but the Indian visa process isn’t very welcoming to animators. My wish is to travel to India with my parents. I’ve never been able to do that and it would be a dream come true to travel to our roots and to connect to familial ground,” said Patel.