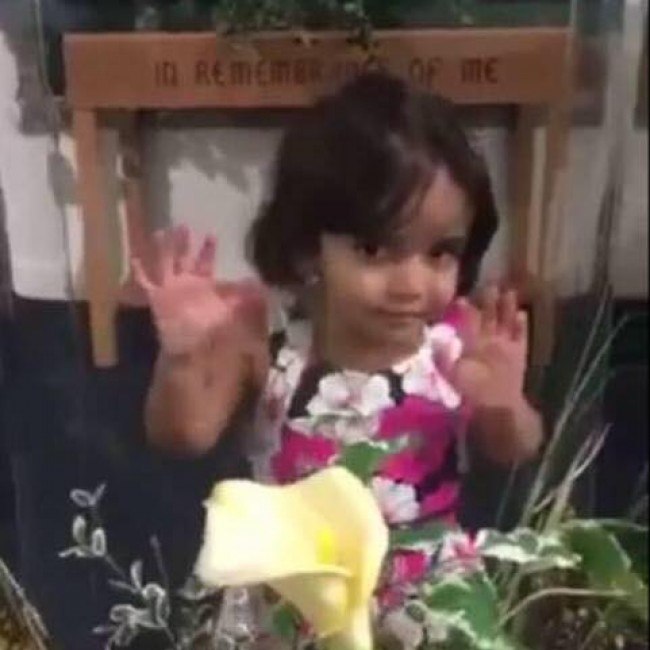 Washington, Oct 23 (IANS) Police have found the body of a child near the residence of 3-year-old Indian American Sherin Mathews who has been missing since October 7, the media reported.

Investigators from the Richardson Police Department and the Federal Bureau of Investigation spent hours on Sunday combing through a field where police search dogs helped find the body inside a narrow 75-foot culvert, reports NBC News.

The body was found less than a mile away from the home of Sini and Wesley Mathews who adopted Sherin in June 2016 from Bihar.

Police spokesman Kevin Perlich told reporters on Sunday night that no arrest had been made, reports CNN.

The police received “more and more leads during the investigation and we followed up on that.

“It led to the search of that area with canines and that’s how we came across the body,” Perlich added.

Sherin had development disability and was malnourished, according to her parents.

Her father Wesley Mathews, 37, said he ordered his daughter to stand next to a tree behind the fence at their Richardson home at around 3 a.m. as punishment for not drinking her milk on October 7, according to an arrest affidavit.

The tree is across an alley from the home, reports CBS News.

Wesley Mathews went outside about 15 minutes later to check on her but she was gone, the affidavit stated. The child was wearing leggings, a pink long-sleeved shirt and pink flip-flops.

He did not notify the police that his daughter was missing until about five hours later.

Wesley Mathews was arrested and charged with child endangerment. He is currently out on bail.

Sini Mathews, who told police that she was sleeping when the child was sent out, has not been charged.

US human rights report criticizes violations in India by both government, terrorists