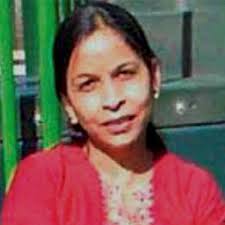 New York, Dec 25 (IANS) Did the office of Manhattan’s India-born prosecutor Preet Bharara goof up in the paperwork for the arrest of Indian diplomat Devyani Khobragade to spark a major India-US diplomatic row?

Khobragade’s lawyer Daniel Arschack claims so, suggesting that India’s then deputy consul general in New York was only arrested because a federal agent “erroneously and disastrously” misread a visa application form for her housekeeper and babysitter.

The US federal agent in the case “simply made an error in reading the form which supported the visa application for the domestic worker”, Arschack was quoted as saying by New York Daily News.

Arshack, according to the daily, believes the agent mistakenly thought the $4,500 a month salary entered on the form was what Khobragade intended to pay her nanny Sangeeta Richard.

It was instead the base salary expected by Khobragade at her job, and included in the form to show the employer made enough money to pay her employee, he said.

Khobragade, 39, who was strip-searched and freed on $250,000 bail after her Dec 12 arrest has pleaded not guilty in the Manhattan Federal Court to charges of visa fraud and making false statements on Richard’s visa application.

India has transferred the diplomat to its Permanent Mission at the UN in a bid to get her fuller “diplomatic immunity” as opposed to “consular immunity” limited to her official work.

UN has already registered Khobragade as a member of the Indian mission, but needs State Department approval for her transfer from the Indian consulate in New York to her new job as counsellor at the UN mission.

Prosecutors charged Khobragade with lying in the visa application by declaring that Richard, 42, would receive $10-an-hour, but paid her only $3.31 an hour.

Arshack said his client intended to pay the housekeeper the minimum New York wage of $9.75 an hour.

A spokesman for the US attorney had no comment on Arshack’s interpretation of the paperwork, the Daily News said.