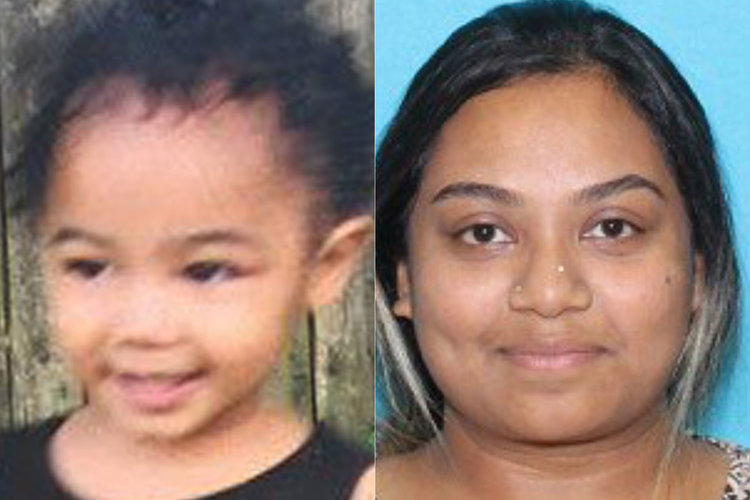 Atlanta, GA, September 10, 2019: An Indian-American rideshare driver was charged with kidnapping and concealment of whereabouts of a child in connection with the disappearance and death of a two-year-old Pennsylvania toddler.

Sharena Islam Nancy, 25, is the sole suspect in the death of Nalani Johnson, who went missing Saturday and whose body was found in Pine Ridge Park in Indiana County three days later, still strapped in her car seat, reports say.

Nancy allegedly took off with Nalani in the car, following an argument with the toddler’s father, Paul Johnson and a friend, after giving them a ride. Cops say the Nancy and Johnson knew each other personally and were in some sort of a relationship.

After her arrest last week, before the body of the toddler was found, Nancy told police Johnson had sold his child for $10,000 to an unidentified party and she only delivered Nalani to them. Johnson’s family denied the allegation.

Zappala said that investigators electronically traced Nancy’s path after the alleged abduction, which resulted in the conclusion that she is the only suspect. He also said that it appears that Nalani was not tossed into the park but placed. Sharena was allegedly familiar with the area where the child’s body was found because she brought a rideshare customer there recently, according to KDKA.

Nancy is married to Raihan Uddin, who was earlier deported from the US. They were married in 2018, and he lives with their daughter in India, according to a local television station, but Nancy sends them money.

Raihan Uddin told KDKA channel that “he was confused about everything that has happened.” He said his wife was working as a ride-share driver Saturday night. He claimed the two were talking as she finished up around 7 p.m., and she didn’t tell him anything about having a child in the car,” the station reported.

Officials involved in the investigation of the death of Nalani Johnson, including District Attorney Zappala and District Attorney Dougherty, met Wednesday afternoon to discuss the particulars of the case and how to proceed moving forward, said a press release issued by the DA’s office.

Although the cause and manner of death for Nalani Johnson are pending further test results by the Indiana County Coroner, the expectation is that the manner of death will be homicide.

At the conclusion of the meeting it was agreed that all of the charges resulting from the investigation will be prosecuted in Allegheny County with District Attorney Dougherty and the Indiana County District Attorney’s Office having a significant partnership role in the prosecution.