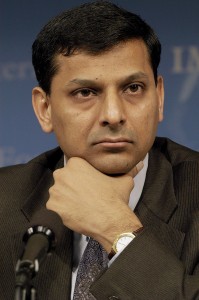 New York, April 12 (IANS) Demonetization was not a well-planned or well thought-out useful exercise said Raghuram Rajan, ex-Governor of Reserve Bank of India, adding that the government was cautioned about it when the idea was mooted.

“Demonetization I think was not a well-planned, well thought-out useful exercise. And I told the government that when the idea was first mooted. It seemed to me that people would find their way around,” Rajan said at the Harvard Kennedy School in Cambridge on Wednesday.

The Indian government, in November 2016 demonetized high value Rs 500 and Rs 1,000 notes with the aimed to curb black money in the system.

“So it had a negative economic impact. But also the idea was that somehow people who had money stored in the basements, without having paid taxes on it, would sort of overnight see religion, come to the government and say sorry we were hiding these stuff, let me pay taxes on it. That was to some extent naive of you. Anybody who knows India, knows that very quickly we find ways around the system,” he added.

Rajan said essentially the money that was demonetized came back to the system, “but it did not have the direct effect that was sought that a lot of people will pay taxes.”

“There may be some longer term impact that people think that if this sort of thing happens that the government is serious of collecting taxes, there may be greater tax payments, but we still have to see strong evidence that is true,” the ex-governor said.

“So the negative economic impact that people not having currency, not being able able to pay, economic activity plummeting, especially in the informal sector, that happened. A lot of people probably lost their jobs, we do not count that well because it is the informal sector.”

He, however, said: “The positive impacts are out there in the future, we do not know whether they will be important and to my mind, it was not a policy that was useful at that time.”

Asked whether the RBI was consulted before the government announced demonetization, Rajan said: “We were consulted and we did not think it was a good idea on demonetization. The cost of demonetization vary between 1.5-2 per cent of GDP.

“I do not think there is huge amount of dispute about it. I don’t think even the government necessarily challenges that and it would be a really die hard government advocate who would say that growth benefits of demonetization were immediate.”

Talking about the non-performing assets and multi-crore Punjab National Bank scandal, Rajan said the worry is some of the banks still follow antiquated system.

“Worry is systems are not adequate to prevent rogue dealers, rogue employees colluding and making off with stuff.”

Regarding the newly introduced indirect tax regime of Goods and Services Tax (GST), he said: “GST implementation, we will figure it out eventually. It would be nice if we can implement it much better than we do. But it is not an unfixable problem, we can work on it. I won’t give up hope on that at this point of time.”