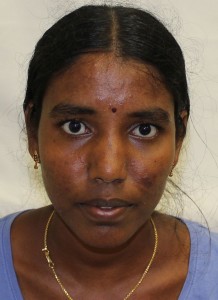 Atlanta, GA, May 27: The death of Lavanya Abburi, a Ph.D candidate at Alabama A&M University remains unsolved as Madison County investigators wait for more forensic analysis to be completed. Her body was found on April 1 in a pond at the Alabama A&M research farm in Meridianville.

Investigator Jeremy Hughes of the Madison County Sheriff’s Office told Al.com Tuesday that detectives are still waiting for more details about the death of Abburi. The cause of death still remains unclear.

Investigators, as well as Abburi’s friends and colleagues on campus, have said she was terrified of water and steered clear of the pond, located about 1,200 yards from her work station, reports AL.com.

There were reportedly bruise-like markings on her body and Rao Mentreddy, Abburi’s A&M research supervisor, told AL.com last month that while her car was found on the farm, her keys and cell phone had not been found.

Abburi’s research focused on the molecular biology, trait variations and gene-mapping of watermelons. This work meant many hands-on hours in the fields in addition to studies and labs. It was a subject everyone said she loved and poured her life into.