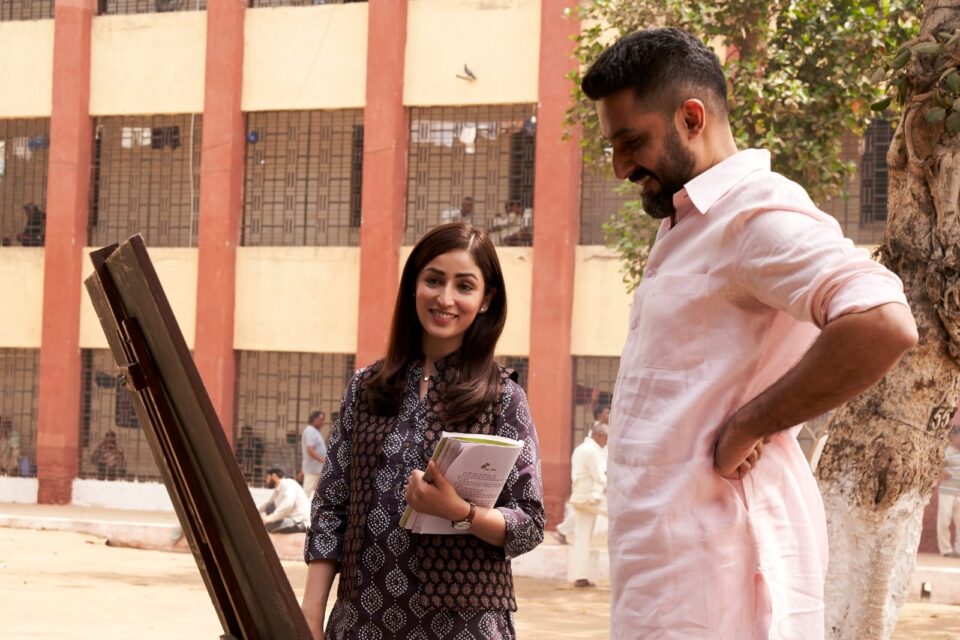 Director Tushar Jalota’s ‘Dasvi’ is designed as a satire in a political set-up, revealing the importance of education.

Set in the fictional state of Harit Pradesh, the arrogant and pompous Chief Minister Ganga Ram Chaudhary (Abhishek Bachchan) is arrested for a scam. But before getting locked up in judicial custody, he relinquishes his position in favor of his wife, Bimla Devi (Nimrit Kaur), and remote controls the state from behind the bars.

In prison, he is pampered by his sycophants till the arrival of super inspector, Jyoti Deswal (Yami Gautam), who insists that one should be assigned work according to one’s level of education.

Since Ganga Ram Chaudhary is only eighth-passed, he is eligible to work as a gardener, carpenter, or any other menial work. But being the CM and a man of clout, his pride is injured.

He tries seeking his wife’s help to get Inspector Jyoti transferred, but she blatantly refuses, citing a perception issue.

When he learns that prisoners who study are exempted from working in prisons, he contemplates appearing for the Secondary School Certificate exam, which is the tenth standard or “Dasvi” in Hindi.

But when he realises that education empowers you, he takes up the challenge, and how with the help of other inmates, he works towards studying for the exam forms the crux of the narrative.

Being a satire, the writers have crafted a vitreous cocktail of naked ambition and blustery bravado with a distinctly bitter aftertaste. On the face of it, you chuckle constantly, but subconsciously you realise the sad state of affairs that prevails. While the writing is good in parts, it is also the weakest element of the film as the narrative lacks chutzpah.

On the performance front, the film is an outright Abhishek Bachchan canvas. He plays the big-headed, self-important politician who mellows with time to perfection. He is aptly supported by Nimrit Kaur as his timid wife, who suddenly tastes power, and faster than a chameleon changes its colour, she transforms herself into a bumbling shrewd character who lacks any real conviction other than a desire for power and position.

Coming to Yami Gautam as the super-strict police inspector, despite delivering a competent performance, she does not have the persona to play such a character she seems to be a misfit in the film, and the makers of the film are solely to be blamed for it.

The rest of the supporting cast are flat stock characters who have their moments of limited on-screen glory.

The music and songs in the film appear of mediocre quality with oft-heard tunes.

Overall, the film is fairly entertaining and engaging.