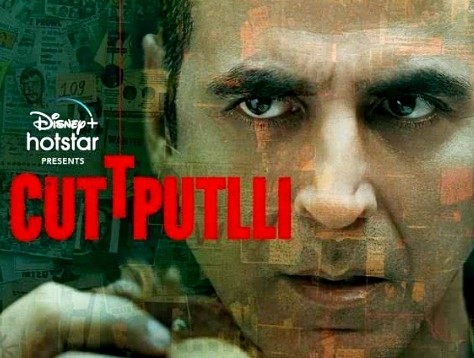 The quiet, beautiful, exotic and lush green valley of Kasauli is struck by gruesome and mysterious murders.

An investigating cop with his prior knowledge of serial killers finds himself unveiling clues and chasing someone who doesn’t have a face, name, motive and whereabouts. ‘Cuttputlli’ is perhaps one of the most gritty, intense and dramatically captured whodunnit thrillers of recent vintage. It keeps you at the edge of your seat throughout.

Pooja Entertainment has poured resources into creating a world which is so believable and real. The amount of work that has gone into creating detailed sets, characters and locations is impressive. ‘Cuttputlli’ is a classic example of vision, production, content and performance coming together to create one epic spectacle.

The director has not deviated from his brief and created this thrilling emotional ride, where you don’t want to miss a beat. The film is an adaptation of a South Indian cult classic, but the Hindi adaptation could very well be called a standalone noir-thriller, which is a rarity.

A thriller is as good as its actors, working on little nuances, quick emotions and palpable fear; creating well-defined and detailed, yet conflicted characters, something we haven’t seen very often in Indian Cinema.

Akshay Kumar, a mass star, takes a leap of faith and plays this multi-layered character, which could very well be his finest performance. He keeps shifting gears between being a cop and being human — his character smartly unplugs clues and tracks details to identify the serial killer.

Rakul Preet Singh is just as amazing and navigates her way with subtle emotions and a fine performance. Television star Sargun Mehta is a revelation; she just hits the ball out of the park without any effort. Chandrachur Singh is an established and seasoned actor, the kind of ease he shows on screen is superlative.

The characters played by Hrishita Bhatt and Gurpreet Ghuggi also add to the richness of the narrative.

The background music and the songs of the film keep the emotion quotient intact, and the pace is maintained. Mounting tension is a requirement of this genre and the composers have done exactly that.

This movie delivers a theatrical experience to your home. This is a well-made, well-crafted cinematic experience with outstanding performances. A highly recommended weekend watch!