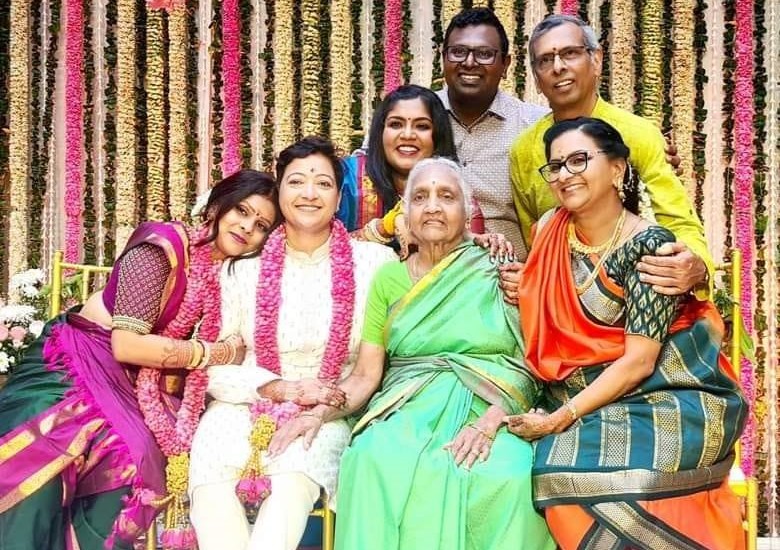 Chennai, Sep 4 (IANS) Subiksha Subramani, who hails from a traditional Tamil Brahmin family settled in Canada’s Calgary, found her lady love, Tina, a conservative Hindu girl from Bangladesh, and after few years of courtship, they decided to marry.

The girls had met at Calgary in Canada through an app six years ago.

The wedding was solemnized in traditional Brahmin style and with the total support of the families of both Subiksha and Tina. Subiksha, a 29-year-old chartered accountant, told media persons that she was worried about whether her conservative parents would give them approval to get married in traditional Hindu style.

“Just as we wished, our parents stood by us and conducted all rituals of a traditional Brahmin wedding with all the rituals as per our respective customs and this is what is fulfillment,” she said.

Her mother Poornapushkala Subramanian said that they were worried about the backlash from the society and relatives but Subiksha convinced them.

She said that she and her husband attended professional counselling sessions to change their mental attitude. She also said that they wanted their daughter to be happy rather than worrying about the society’s response.

Tina, the 35-year-old Hindu Bangladeshi girl, told media persons that she had married a man before she decided to end the marriage. She said that she reached Canada in 2003 along with her parents and was hosted by her elder sister. Tina is now working as lead at Patient Care at Foothills Medical Centre, Calgary.

She said that she had shown inclination toward lesbianism and her parents did not approve of that they believed that she had some mental issues and got her married when she was 19.

Tina also said that her sister had opposed her relationship with Subiksha but later approved of it.

Interestingly the 84-year-old grandmother of Subiksha, S. Padmavathy accepted the relationship and blessed the couple. She also said,” When in doubt, choose love.”

Sanskrit Scholar and teacher, Saurabh Bondre presided over the function. He has studied Vedic literature as part of his post-graduation of Sanskrit from Mumbai University.

Talking to IANS, the Vedic scholar said: “This is the fourth LGBT wedding that I am conducting. However this is unique as the parents and family of both the girls were present and blessed the occasion which is not the case generally.”

He also said that a large number of Hindu Brahmin priests are open to LGBTQ IA+ relationships. He however said that priests work out as a closed-knit community and there are possibilities of a priest losing his job for performing in such ceremonies.

The couple has registered their marriage at Canada and is planning travel across South East Asia before returning back to Calgary.