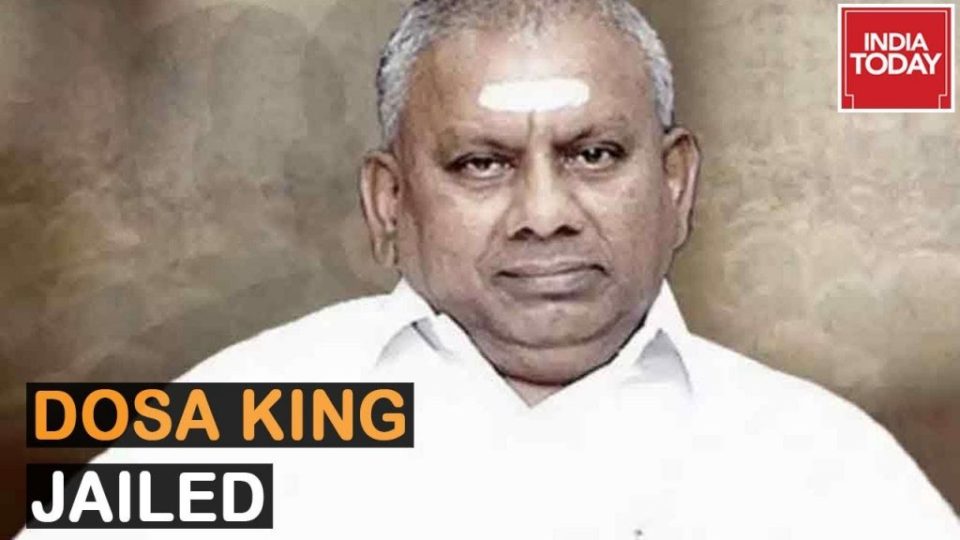 Chennai/New Delhi, July 9 (IANS) Saravana Bhavan restaurant chain owner P. Rajagopal, who surrendered to a court in Chennai on Tuesday after being convicted and sentenced to a life term in a murder case, was later admitted to the government-run Stanley Hospital after he complained of giddiness, said a senior hospital official.

“He was admitted to the hospital with a giddiness complaint. He is under observation,” the official, who spoke on the condition of anonymity, told IAN.

Rajagopal had surrendered before a court in Chennai, hours after the Supreme Court refused to give time for him to surrender in the case of the murder of his employee, Prince Santhakumar.

He came to the Additional Sessions Judge’s court in an ambulance with an oxygen mask fixed and appeared before the judge in a wheelchair.

Earlier in the day, the Supreme Court refused to grant any relief to Rajagopal, who sought extension of time to surrender citing medical grounds.

The apex court queried Rajagopal’s counsel that if he was so ill, then why did he not mention his illness during the hearings, while declining any relief to him.

Rajagopal, 71, also sought that he be exempted from being sent to jail and his hospitalisation be treated as a deemed jail term. The court did not agree.

Rajagopal, founder of the restaurant chain popular in the country and overseas, was sentenced by a sessions court to a 10 year jail term on charges of killing Santhakumar, whose wife, he wanted to make his third wife.

When the woman refused the proposal, he ordered her husband killed.

He appealed in the Madras High Court, but it upheld his conviction while enhancing the sentence to a life imprisonment. The conviction and sentenced were upheld by the apex court in March and he was supposed to surrender on July 7 to begin his term.

He moved the apex court on Monday to delay the beginning of his term, citing ill health.