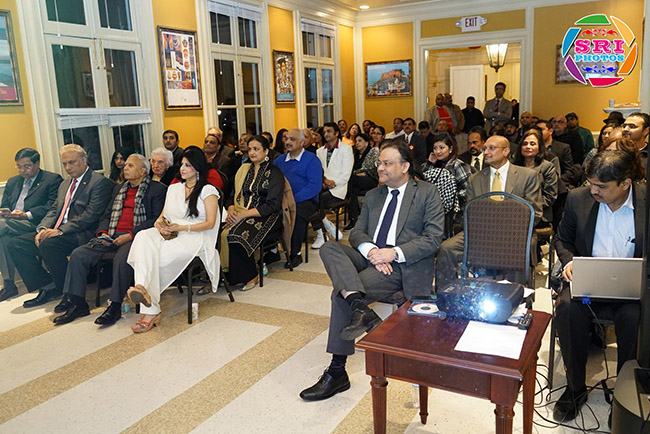 Atlanta, GA, February 2, 2017: The 14th Pravasi Bharatiya Divas (PBD) commemorating Indian diaspora across the world was celebrated with much patriotic fervor by the Consulate General of India, Atlanta on January 9, 2017 at its premises in Sandy Springs. Many prominent leaders and community members joined the festivities, an icy winter evening notwithstanding.

Addressing a packed room of audience, Consul D.V Singh talked about Pravasi Bharatiya Divas celebrations. “The PBD has just concluded in India on a very grand scale and we are celebrating in the same spirit here in Atlanta and all over the world” he said.

Consul General Nagesh Singh elucidated on the background for organizing PBD at the Consulate. “We were told by the ministry that the PM’s desire is that when Pravasi Bharatiya Divas is celebrated in India, all embassies and consulates throughout the world should try and do the same.” He added that the PBD will now be celebrated every two years.

“Today, India has about 31 million PIOs, perhaps the second largest diaspora on the planet.  India received the largest remittance from overseas – last year it was about 69 billion dollars,” he said. Focusing on the fact that the Indian community is one of few that remains attached to its motherland, he said, the purpose of this exercise was not just transactional, involving remittances and investments. He stressed on the need to share special knowledge, techniques, networks that leads to developmental processes which is the grand goal, and which ultimately is to give back to India.

Consul General Singh noted that charities to India were not the main goal. “We announced a 10 billion dollar program for aid in Africa. In all humility, India is helping the rest of the world.  This is to prove that emerging India will be reaching out to help people around the world, just like we helped ourselves in the democratic process. He said Indian Americans could contribute to their county of birth not just through technology, but also commercial law, intellectual property rights; not just science and technology but every section of human society – anything we can do to connect.”

He also urged the community to communicate with the consulate directly with any issues instead of venting on social media. He assured the community that at a meeting at Washington in the previous week efforts to streamline the process in terms of ability to respond were being worked on. “We are going to be more and more communicative, set up some new technology initiative” he said.

Veena Rao, editor and publisher of NRI Pulse Newspaper took to the podium to talk about inspirational stories of non-resident Indians. She recounted her interview with Vikas Swarup, author of Slumdog Millionaire and spokesperson of Ministry of External affairs. Rao said she asked him about the inspiration for his stories. He told her that India is the land of a billion people, which meant it is the land of a billion stories. A single newspaper copy, he said, can give you plots for five or six novels.

“Many of those stories are inspirational, especially in the Indian-American context. Open a copy of Khabar or NRI Pulse and you will see at least five inspirational stories of success – from Indian Americans leading global tech companies to political appointments to our children winning spelling bees and science contests,” Rao said.

“Savita Vaidhyanathan was recently elected the new mayor of Cupertino in California, the worldwide headquarters of Apple” she added.

Rao also spoke of the trials Indian-Americans face on US soil. “There have been several instances of racist attacks on Indians in the US. A Hindu temple was vandalized right here in Monroe, Georgia a couple of years ago. Our kids still face bullying in schools. Domestic abuse is on the rise, but nobody talks about it. Regressive attitudes still prevail. I think part of the solution is to assimilate with the mainstream while keeping our rich cultural identity. Our two identities don’t have to be separate.  We need to come together as Indian Americans rather than stick to our regional groups.” she said.

“Someday soon, I hope to see members of the Atlanta Indian American community in the State Capitol and in Washington DC. I hope to see our youngsters go on to do great things in non-traditional areas like sports and entertainment. And I hope to report on all these great things.” Rao said, of her dreams for the community.

“When I moved to the US 34 years ago, I knew I was not going back. After settling here, I kept thinking how I can help India. Everyone was helping in different ways – business, academics, exchange programs but my interest was politics so I went into politics,” said  Narender Reddy, prominent community leader and Republican activist.

“I realized that I can help India much more by being politically active here. For example, 25 years back, we hardly had any say in the Congress or any influence with senators or congressmen. It was hard for Indian ambassadors coming here to get an appointment with a senator. It was sad thing for India. So we started supporting our senators and congressman. Ultimately we never took any personal benefits,” he said.

He spoke about how he worked with then PM of India, Dr. Manmohan Singh and President Bush to pass the US-India Civil Nuclear Bill in the congress. “We have four Congressmen and one senator but its still not enough. We are 1% of the population. The Jewish community is only 2% of the population. But they have 23 Congressmen and 98 senators and three US supreme court Judges. We have two Republican leaders ruling two southern states which was unthinkable in those days. Does not matter whether you are Republican or Democrat, being politically active is important. A couple of years ago, Vivek Murthy’s nomination for surgeon general was held up in Congress for nothing. When the community came together, it passed overnight.  We already have financial power but we must use it to get political power in this county.

Shiv Aggarwal, owner of Global Mall spoke about yoga and meditation as India’s foremost contributions to the world. Recounting his own experience of brotherhood and love in India, he talked about the time he had to leave for the US when his family was in a different state. He recalled how 14 of his colleagues stayed with him till midnight until the flight arrived, keeping him company. He talked about his first contribution to the Indian community – a Hindu temple in Baton Rouge, Louisiana started by him and five other friends.

The phrase “May I help you” influenced Aggarwal to build the Global Mall  which would serve as a center for showcasing India at its cultural best. “Our culture is very rich  this is the message we need to spread. Thanks to our forefathers for creating such a culture,” he added.

Speaking about her journey in  , immigration attorney Neera Bahl said she came to the US at age 21 and started going to law school only after age 40.

“This country has given us so much opportunity. It is there for you to take it and if you work hard, the rewards are amazing but with the Indian values at our heart,” she said. After getting her law degree, she did well and raised a child who is a physician now. All this tells you how well Indians have done here with the value system given by India,” she added. Neeral Bahl was a recipient of the Glory of India award at the 10th PBD celebrations in India. She said it was an amazing experience to learn about contributions of Indians across the globe. 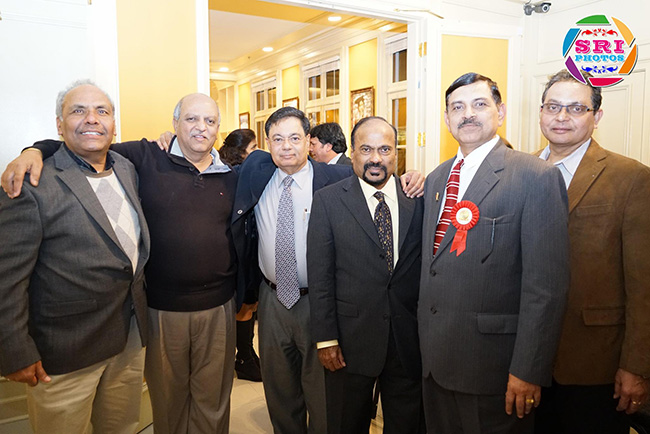 Kaushal Tripathi of IACA suggested that children accompany parents for these celebrations. Vasu Patel of Gujarati Samaj said they had made two requests to PM Modi as well as the foreign ministry – to extend money exchange beyond June 30th and add Gujarat to the list of RBIs where money can be exchanged. As of today, only Mumbai,Delhi,Calcutta, Chennai and Nagpur RBIs are authorized to exchange money.

Earlier, the celebration began with melodious renditions of the Indian and American national anthems by Dr. Aarti Pandya. Sagnika Mukherjee charmed the audience with her gracious classical dance performance. Anupama Krishnan entertained everyone with her enthusiastic rendition of Jai Ho. A mesmerizing dance performance by Shilpa Ailani Jadwani wrapped up the entertainment segment of the evening. PM Modi’s address was played for everyone to watch. A scrumptious dinner awaited all the guests at the end of the entrancing night.

Pravasi Bharatiya Divas (PBD) is celebrated on January 9 every year to mark the contribution of Overseas Indian community in the development ofIndia. January 9 was chosen as the day to celebrate this occasion since it was on this day in 1915 that Mahatma Gandhi, the greatest Pravasi, returned to India from South Africa, led India’s freedom struggle and changed the lives of Indians forever.

Eat your spoon and save the world