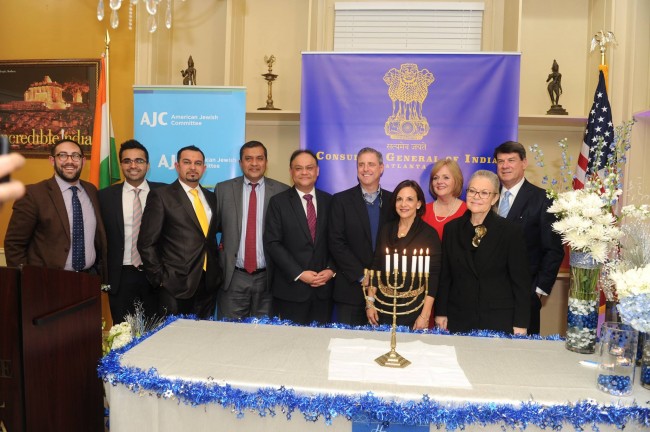 Atlanta, GA, January 10, 2018: The Jewish holiday of Hanukkah, also known as the Festival of Lights and the Feast of Dedication, was celebrated in the Indian tradition at the Consulate General of India in Atlanta on December 16, 2017. The celebration, which has now become an annual tradition, was hosted by Consul General Nagesh Singh and his wife Pragjna. Consul General of Israel to the Southeastern United States, Ambassador Judith Varnai Shorer, Sandy Springs Mayor Rusty Paul, office bearers of the Atlanta chapter of the American Jewish Committee (AJC) and members of Atlanta Indian-American community associations were part of the celebrations. The delectable vegetarian dinner was catered by Madras Mantra restaurant. 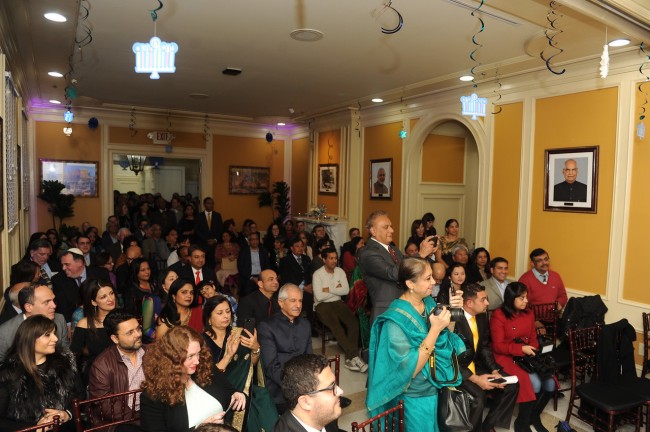 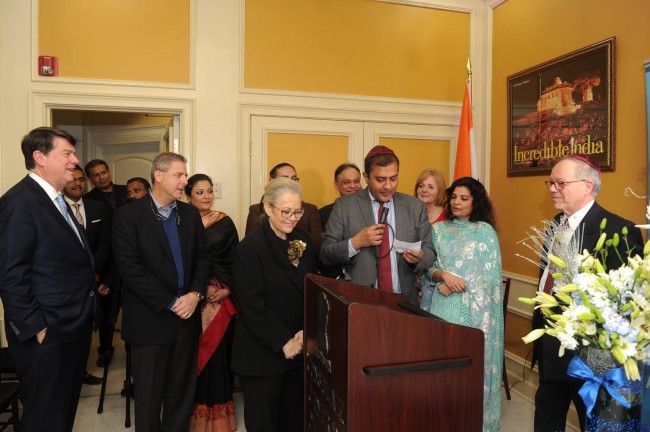 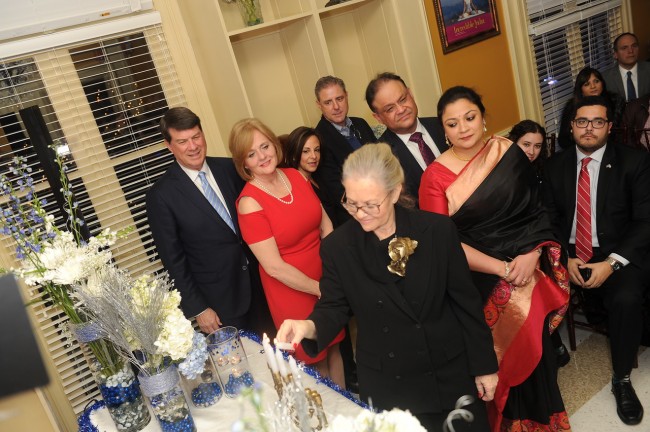