Atlanta, GA: The Consulate General of India in Atlanta hosted a glittering community reception at JW Marriott in Buckhead on January 26 to celebrate India’s 67th Republic Day. The event was attended by heads of Atlanta Indian associations and well-wishers of the community.

In his address, Consul General Nagesh Singh listed India’s achievements as the world’s largest democracy with a registered electorate of 800 million, its growth trajectory and US-India relations.

“For 67 years, the Constitution has been successfully guiding the country despite the social and economic challenges,” he said. “Indiais a country of 1.3 billion people. No other country has such an extraordinary mix of ethic groups, languages, variety of topography and climate, diversity of religion and cultural practices and the levels of economic development. The Constitution recognizes 23 languages, 35 languages and 22,000 dialects. The country is the birth place of four major religions, a dozen different forms of classical dance, and 1700 political parties.” 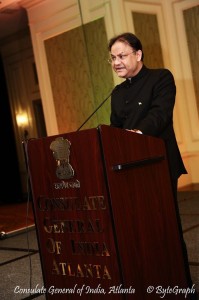 India is also a country of contradictions in every walk of life, the Consul General said. “We have built our own super computers and we’ve reached the moon and mars. At the same time, 20% of the population lives below the poverty line; illiteracy is at a slightly higher percentage. This remains a huge challenge for us.”

What makes India tick? What is the secret of its unity in diversity? Singh quotedIndia’s first Prime Minister Jawaharlal Nehru as a philosophical answer to these questions. “Indiais a country held together by strong but invisible threads. About her there is the elusive quality of a legend of long ago; some enchantment seems to have held her mind. She is a myth and an idea, a dream and a vision, and yet very real and present and pervasive”. To this quote, Singh added liberal democracy, inclusive society and a plural ethos, as the reasons forIndia’s success as a democracy. “The Constitution gives every citizen of every race, caste and creed a stake in its success,” he said.

Listing India’s successes since independence, Singh said, the popular perception of India has changed from a land of poverty and disease to a country fast emerging as a global leader in science, technology, innovation and start-ups. “This year, we became the fastest growing large economy in the world,” he said, adding that the high-growth trajectory is likely to continue for several years. “I say this with humility as we work towards the goal of uplifting each and every citizen – from poverty to prosperity, from ignorance to knowledge, from disease to health and homelessness to shelter. This is where global partnerships, like the one with theUSplays an important role,” he said. 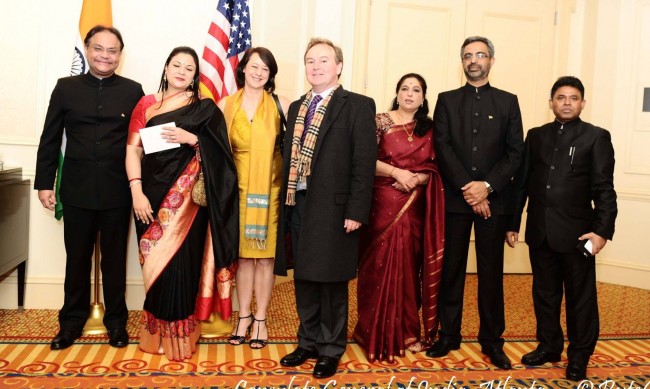 “India and the US have a strategic partnership based on democracy, pluralism and rule of law; based on common priorities. The US has been a steadfast friend since independence despite the estrangement during the cold war. Our Constitution was deeply influenced by the US Constitution; the green revolution was aided by American agri-scientists in the 1950s, as was the setting up of IITs that have produced the CEOs of Google, Microsoft, Pepsi etc. From India’s point of view, the US will remain a vital source for capital technology knowledge.”

The Consul General said it is a fact that India and the US conduct more military exercises with each other than with any other country. “Going forward, we see the US play a role in India’s transformation and India and the US join hands to make the world a better place. The consulate, in its modest role is committed to furthering this bilateral relationship, which President Obama has described as the defining partnership of the 21st century. In this endeavor, I seek the cooperation of our friends and well-wishers gathered here,” he said.

The Consul General also thanked the 3.5 to 4 million strong Indian-American communities for their various services to both countries, and in building US-India bonds. 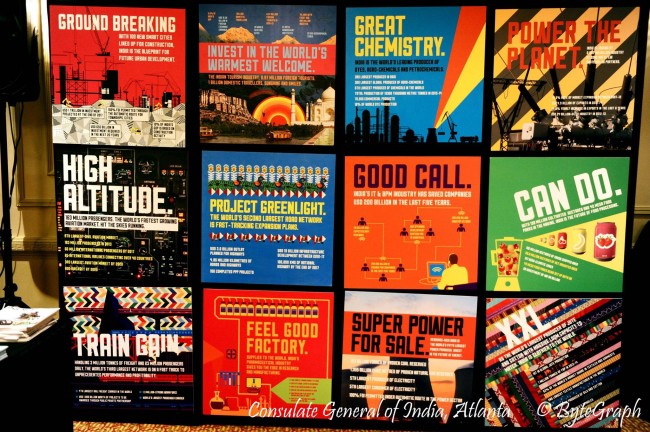 Anagha Srinivasan, who emceed the evening’s proceedings, presented a brief plug for the Government of India’s ‘Make in India’ week which is being organized from February 13-18, 2016 in Mumbai.

The Make in India initiative (www.makeindia.com) was launched by PM Modi to encourage manufacturing of products in India by multinational and domestic companies.

The six-day long event in Mumbai, which will be inaugurated by Modi, intends to spark a renewed sense of pride in the Indian industry by showcasing the potential of design, innovation and sustainability across India’s manufacturing sectors in the coming decade and take corporate and public participation to the next level.

Earlier, the program began with Raji Venkat rendering the national anthems of India and the US. 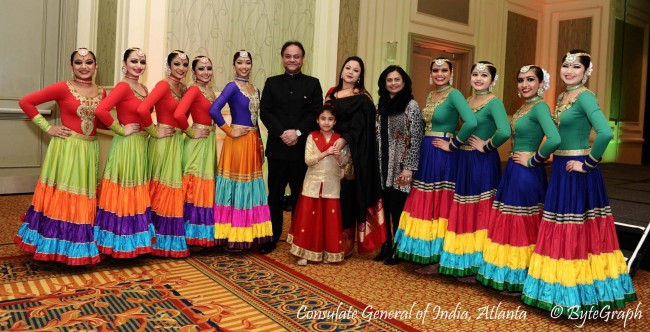 In the cultural segment, students of Kruti Dance Academy dazzled the guests with their spectacular costumes and beautifully coordinated dances.

A Republic Day flag hoisting ceremony was held at the Consulate General of India in Sandy Springs the morning of January 26. 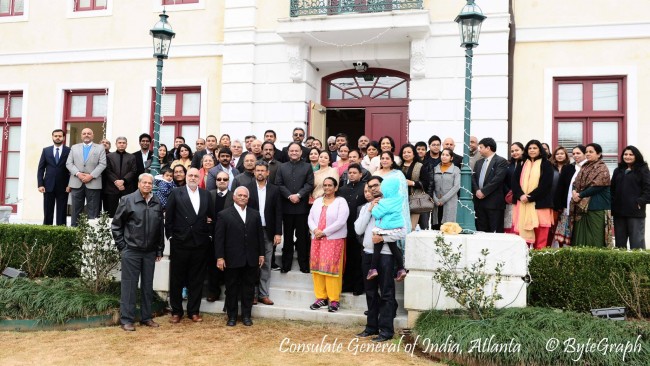