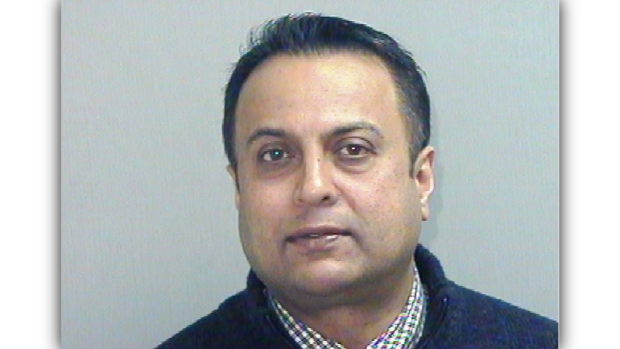 Washington, Feb 19 (IANS) An Indian-American dentist has been charged with homicide a year after the death of a patient who became unresponsive while having 20 teeth pulled and several implants installed, according to a media report.

Connecticut dentist Rashmi Patel, who turned himself in to Enfield police Tuesday, a year to the day that Judith Gan died in his office, was charged with criminally negligent homicide and tampering with evidence, according to New York Daily News.

Patel’s assistants begged him to stop the marathon procedure — which included yanking 20 of Gan’s teeth — when her oxygen levels slipped, but the 64-year-old lost consciousness, it said citing investigators.

The assistants finally called 911, but Gan had already flatlined, said the Department of Public Health said.

She was pronounced dead at the Bay State Medical Centre in Springfield, Massachusetts.

Gan had an extensive medical history, which included heart problems.

Patel’s licence, which was issued in 2003, was suspended in April. In December, the board banned him from treating patients under sedation.

Patel posted $25,000 bail after his Tuesday arrest. He is due back in court in a few weeks, the News said citing the Hartford Courant.

He was sued for malpractice in 2009 for “shoddy” dental work. The victim, Doreen Jasonis, won $500,000 from a jury before Patel appealed and settled out of court.

In December 2013, a 55-year-old patient was rushed to the hospital after he stopped breathing while Patel performed dental work, court records showed, the News said.

The man spent six days in the hospital after suffering heart and lung damage.