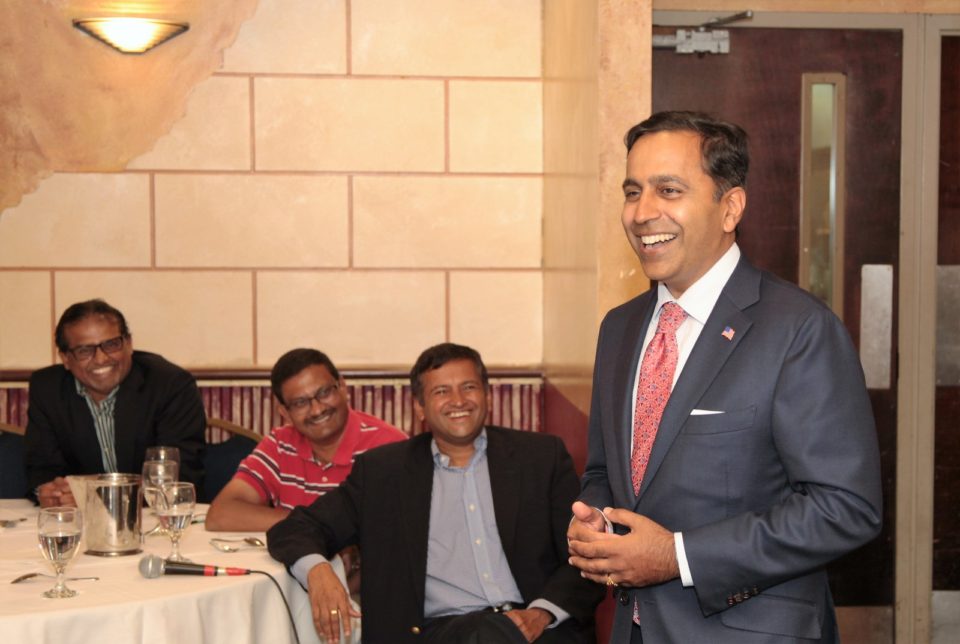 Photo caption: File photo of Congressman Raja Krishnamoorthi at a fundraiser in Atlanta.

Atlanta, GA, February 28, 2019: Congressman Raja Krishnamoorthi today introduced the Choosing Our Own Lives Over Fast Firearms (COOL OFF) Act, which would require a waiting period of three business days for all handgun sales. The COOL OFF Act builds on similar legislation Congressman Krishnamoorthi introduced in the 115th Congress, which was inspired by a 2017 Harvard Business School study finding that mandatory waiting periods—which are already in place in nine states and the District of Columbia—could save numerous lives if extended nationwide.

The legislation is cosponsored by 30 other Members of Congress, including Congressman Bill Foster, and is endorsed by the Coalition to Stop Gun Violence.

“Congress can and should be doing everything in its power to combat the epidemic of gun violence, and I am proud to join my other colleagues this week in taking action to strengthen our background check system,” said Congressman Krishnamoorthi. “Gun violence occurs in many tragic forms in our country, so Congress needs to advance a range of common-sense safety solutions, including waiting periods. I am proud of the COOL OFF Act, and I am proud of my colleagues’ continued efforts to fight for the safety and security of all our constituents.”