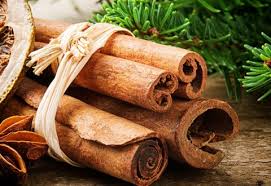 New York, July 17 (IANS) Is your kid finding it difficult to memorize lessons at school? Worry not, as feeding cinnamon, a delicious addition to toast, coffee and breakfast rolls might help improve learning ability, says a study led by an Indian-origin researcher.

“This would be one of the safest and the easiest approaches to convert poor learners to good learners,” said lead researcher Kalipada Pahan, professor at Rush University in Chicago, US.

Some people are born naturally good learners, some become good learners by effort, and some find it hard to learn new tasks even with effort.

However, the study did not find any significant improvement among good learners by cinnamon.

“Individual difference in learning and educational performance is a global issue,” Pahan said adding, “we need to further test this approach in poor learners. If these results are replicated in poor learning students, it would be a remarkable advance.”

The key to gaining that understanding lies in the hippocampus, a small part in the brain that generates, organises and stores memory, the researchers said in the work published online in the Journal of Neuroimmune Pharmacology.

Further, the hippocampus of poor learners showed less CREB — a protein involved in memory and learning — and more GABRA5 — a protein that generates tonic inhibitory conductance in the brain — than good learners.

The mice in the study were fed ground cinnamon, which their bodies metabolised into sodium benzoate — a chemical used as a drug treatment for brain damage.

When this sodium benzoate entered their brains, it showed an increased in the levels CREB and decrease in GABRA5 leveld. This, then stimulated the plasticity — the ability to change — of hippocampal neurons.

These changes in turn led to improved memory and learning among the mice, the researchers said.

“We have successfully used cinnamon to reverse biochemical, cellular and anatomical changes that occur in the brains of mice with poor learning,” Pahan added.