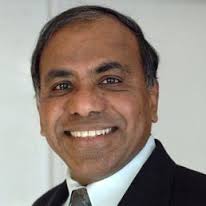 Washington, Jan 16 (IANS) Subra Suresh, Chennai-born Indian-American president of Carnegie Mellon University, has been elected a foreign member of the Chinese Academy of Sciences (CAS), a rare and highly coveted distinction within the academic fraternity.

The head of the Pittsburgh, Pennsylvania based university, Suresh, 57, was chosen for his scientific contributions in materials science and engineering, including his work connecting nano-mechanical cell structure to disease states, according to the university.

He was also honored for his leadership in building the worldwide scientific and engineering research dialogue through the Global Research Council, which he helped to found while director of the US National Science Foundation. The council will have its annual meeting in May 2014 in Beijing.

Suresh is one of nine foreign members elected in 2013 to CAS, a prestigious national advisory body for the Chinese government. They will be honoured at the 17th General Assembly of the CAS in June 2014 in Beijing.

Born in Chennai in 1956, Suresh earned his Bachelor of Technology degree from the Indian Institute of Technology, Madras.

He then came to the US and earned his master’s degree from Iowa State University, and his PhD from the Massachusetts Institute of Technology (MIT).

He did his post-doctoral research at the University of California at Berkeley, specifically the Lawrence Berkeley National Laboratory.