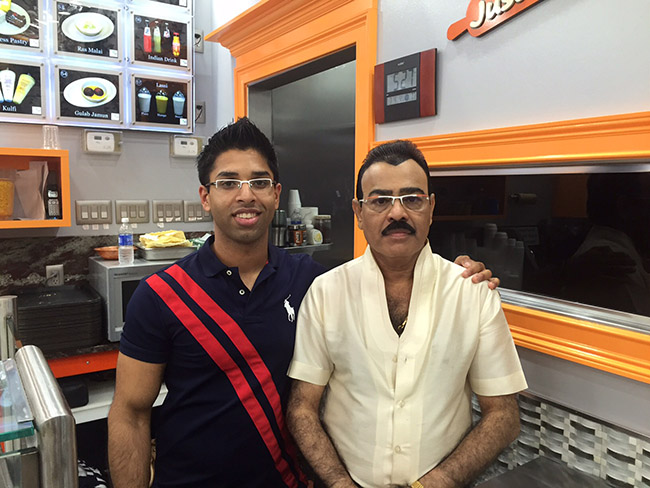 Atlanta, GA: If you have been to Patel Plaza in Decatur in the past two months, you are likely to have visited Chat Patti Indian Vegetarian restaurant which has been pulling in the crowds ever since it moved to this location (from Briarcliff Road) in March 2015. Known for its traditional Gujarati, South Indian and chaat dishes at its old location, the restaurant, in its roomier, fancier avatar has an expanded menu and friendly, trained staff.

Founder R.K. Gangwal’s son Sunny is brimming with enthusiasm and new ideas for the restaurant. “The first impression is the last impression,” he says. “We have the best customer service. Food is brought to the table because we’ve realized that people don’t like to go back and forth once they settle down. Also, we have a pristine facility with squeaky clean bathrooms.”

A third reason for the restaurant’s instant success at the new location, Sunny says, is the new menu, which includes fusion creations like the chinese dosa, masala fries and pizza. While the best-sellers like the Chat Patti special chaat still bring the crowds in, the non-traditional items are a big draw with the kids. 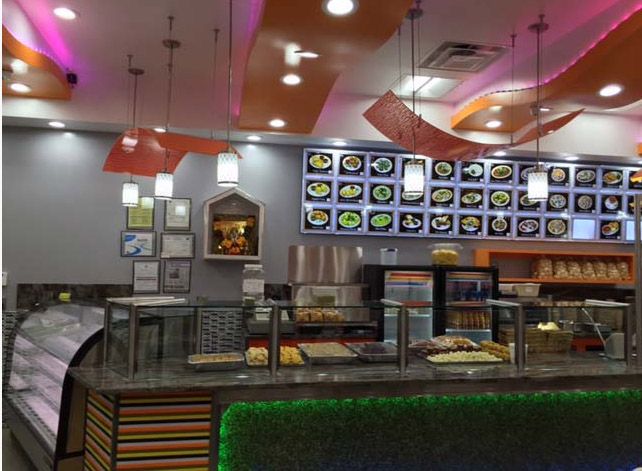 “Dad and mom have been making consistent traditional food for the past 23 years. But now, apart from the traditional fare, we offer a new menu every week, so people do not tire of the same food. They keep coming back.”

Chat Patti is the oldest vegetarian Indian restaurant in the Atlanta area. R.K Gangwal opened the restaurant in 1991, the same year Sunny was born.

“My mom Anila was known for her cooking skills back home,” says Sunny. When the Gangwals moved toAtlanta, Anila worked as chef at Indian Delights restaurant. Eventually, R.K decided to open his own restaurant. “It was a risk, but also a very good idea,” says Sunny.

The location was then a popular strip in the Briarcliff area which housed Taj Mahal groceries and other Indian businesses. The restaurant did very well for 23 years, attracting loyal patrons from all over Georgia and the neighboring states. Visitors routinely included celebrities who were in town for shows and concerts. 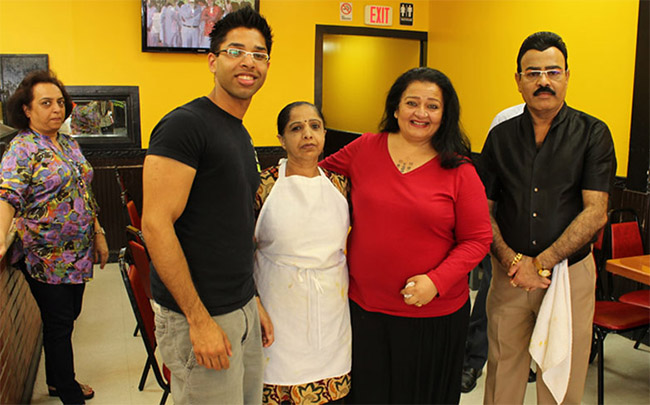 A file photo of Sunny, Anila and R.K. Gangwal with Bollywood and theater actress Apara Mehta at their old location.

“We’ve had Shahrukh Khan, Hrithik, Anil Kapoor, Himesh Reshammiyya and so many other Bollywood celebrities eat at our restaurant,” says Sunny. “Paresh Rawal, who is vegetarian, makes it a point to visit Chat Patti every time he is in town.”

Jigna, the older Gangwal daughter was part of the restaurant in those days. Many patrons still remember her for her ebullience. Jigna helped with the restaurant until she got married and moved out of town. Sunny, who is still in college, got more involved in the business after it moved to its present location, and shares his dad’s passion for food.

“Dad has been training me for the past 3-4 years. I am so grateful to my parents that they have this restaurant,” he says. “I am working at taking Chat Patti to the next level.”

“The opportunity to move to Patel Plaza was a blessing, he adds. “People who come to shop for groceries (at Patel Brothers) like to eat here rather than drive to a different location. Our old customers are happy that we moved to this location.”