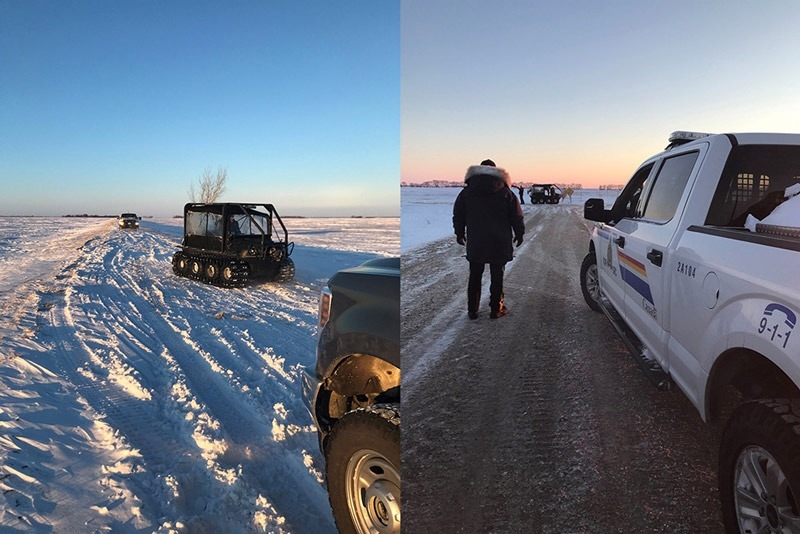 Toronto, Jan 25 (IANS) Although some media outlets have identified the four members of a Gujarati family who froze to death on January 19 near the Canada-US border as residents of Dingucha village near Gandhinagar, authorities in Ottawa have refused to confirm their names.

“Authorities have told us that the bodies of the victims can be identified only after they have been ‘defrosted’. It may take one or two days,” Indian sources in Winnipeg said.

In a statement on Monday, the Royal Canadian Mounted Police (RCMP), which discovered the bodies 12 metres inside Canada, said: “Our investigators are working closely with the Office of the Chief Medical Examiner of Manitoba and pursuing other investigative avenues to confirm the names. We are also in regular contact with Indian consular officials who have arrived in Manitoba. Once the identities have been confirmed, our priority will be to formally notify the next of kin.”

The RCMP added that it is aware that some media outlets are publishing the possible identities of the four victims.

“As a law enforcement organization, we will not be in a position to confirm these names until we have 100 percent certainty of their identities and next of kin notification is completed,” it said.

A team from the Indian consulate in Toronto was sent to Winnipeg on January 20 to coordinate with the Canadian authorities to identify and repatriate the bodies to India.

In a related development on Monday, a 47-year-old American human smuggler Steve Shand who was arrested with seven other Indians by US border agents, was ordered to be released with conditions by a court in Minnesota.

US District Court Magistrate Judge Hildy Bowbeer in Minnesota ordered that he should surrender all his travel documents, not leave his home in Florida except for court appearances, not possess any weapons and report any interactions with police.

Shand agreed to all the conditions for his release.