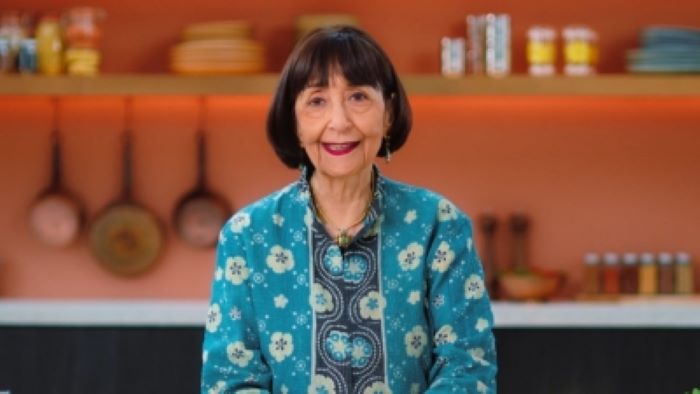 New Delhi, Jan 25 (IANS) Not many years ago, when Madhur Jaffrey, unarguably the First Lady of Global Indian Cuisine, visited India for an international food event here, the audience was informed that the Queen had made her a Commander of the British Empire (CBE) in 2004.

Many had then wondered why a Padma award had eluded the celebrated actress — the only Indian to be named best actress at the Berlin Film Festival award (for ‘Shakespeare Wallah’ in 1965) — and the most authoritative voice on Indian food.

On Tuesday, her legions of readers and admirers celebrated the announcement that President Ram Nath Kovind had bestowed upon her the Padma Bhushan for her contributions to the culinary arts.

Radiating light and energy at 88, Jaffrey is still very much in the public eye, her most recent appearance being in the ‘Sex and the City’ spinoff ‘And Just Like That’, starring Carrie Bradshaw, as the mother of the Sarita Choudhury character, an Indian American New York realtor. And she still manages to look every inch the princess she played in the 1975 Ismail Merchant-James Ivory film, ‘Autobiography of a Princess’.

In her ‘Instantly Indian Cookbook’, published in 2019 (46 years after ‘An Invitation to Indian Cooking’ established her as the foremost writer on her country’s cuisine), Jaffrey also proved to the world that, as in acting, she’s never out of touch with metamorphosing global trends — because she doesn’t believe in resting on past laurels.

In the ‘Instantly Indian Cookbook’, she presented recipes customised for the Instant Pot, the electric pressure cooker that had become an instant hit, especially when the world was locked down because of the pandemic and had to cook at home.

It’s really been a long and eventful journey for Madhur Bahadur, the daughter of an elite Kayastha family of Delhi — the street in the Capital’s Civil Lines where her sprawling ancestral home stood is named after her late grandfather, Rai Bahadur Raj Narain. That bungalow — No. 7, Raj Narain Marg — provides the backdrop to Jaffrey’s much-loved memoir, ‘Climbing the Mango Trees’ (2005).

Jaffrey read English Literature at Miranda House, joined All India Radio (AIR), where she hosted a western music programme every evening and also met her first husband, Saeed Jaffrey, acted in plays on AIR written by Ruth Praver Jhabvala, her Civil Lines neighbour much before Ismail Merchant and James Ivory signed her up as their screenplay writer, and joined Unity Theatre, a repertory company that Jaffrey had founded in Delhi.

The protagonists of Jhabvala’s first novel, ‘To Whom She Will’ (1955), are said to have been inspired by Madhur and Saeed. The marriage, of course, did not last, even as both became independently famous, and when Madhur Jaffrey last visited her former home city, she was accompanied by classical violinist Sanford Allen, with whom she has been married since 1969.

Remembering her days with the celebrated trio — Merchant, Ivory and Jhabvala (in fact, Merchant and Ivory met at her home in New York) — Jaffrey recalled with a twinkle in her kohl-lined expressive eyes: “Ismail could make you do anything. He would call you for a meal and then step outside to buy groceries. He would invite you to a party at Cannes and make you shop and cook for him. But we wouldn’t mind. He would persuade you to do a film then and pay you very little. We would do it because we loved him.”

Although it was Merchant, an avid cook himself, who made her famous in the culinary world, Jaffrey, out of desperation, honed her kitchen skills when she was a student at the Royal Academy of Dramatic Art (RADA) in 1955. Remembering those dreary days, she said during her Delhi visit: “I was so miserable that my mother started sending me airmails with recipes for simple dishes such as ‘aloo jeera’.”

If Merchant was responsible, along with Ivory, in shaping Jaffrey’s acting career, he was also behind her culinary stardom. As she recalled: “In New York, it was Ismail’s idea to invite [the famous] ‘New York Times’ food critic Craig Claiborne to profile me as an actress who cooks.” Jaffrey borrowed “a friend’s home” for the meal that she served on that occasion. The result was a piece that “put me on the path of food forever: Indian Actress is a Star in the Kitchen Too”.

On the subject of how she went about writing her cookbooks — An Invitation to Indian Cooking was published in 1973 — Jaffrey said: “I have yet to write a recipe that I haven’t cooked or tasted myself. Even now, whenever I call people home in New York, I am my own shopper, cook, cleaner.”

What gratifies her today is that “Indian food is far more evolved now internationally than it was.” As she put it: “When I wrote my first book I had to leave out things like asafoetida because my publisher said no one would understand this. By the second book, I decided to stick up for what I thought was right, otherwise things would never change.”

If they have — and how! — we have Madhu Jaffrey to thank in ladlefuls.