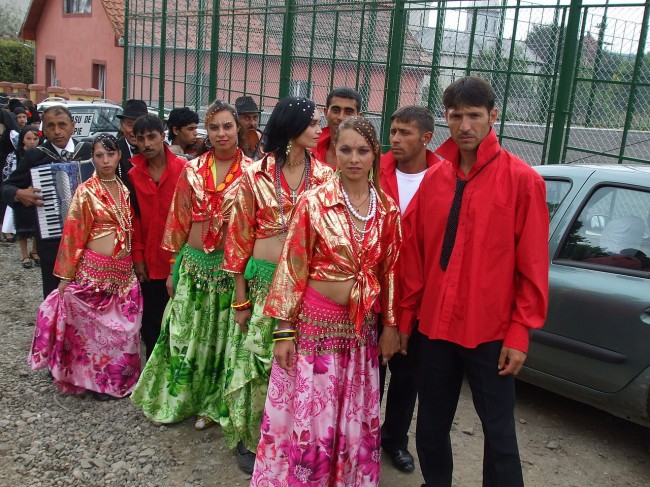 New Delhi, Feb 28 (IANS) The possibility of recognizing the 20-million strong Roma community spread across 30 countries as a part of Indian diaspora is gaining ground with the government in the process of evaluating such a recommendation.

After External Affairs Minister Sushma Swaraj stated that the people of the Roma community, whose ancestors are believed to have migrated some 1,500 years ago, were children of India, an international conference here ended with a recommendation to recognize them as part of the Indian diaspora.

“You are the children of India who migrated and lived in challenging circumstances in foreign lands for centuries. Yet you maintained your Indian identity,” Sushma Swaraj said while inaugurating the three-day International Roma Conference and Cultural Festival 2016 here earlier this month.

Romas are said to be descendants of Dom, Banjara, Gujjar, Sansi, Chauhan, Sikligar, Dhangar and other nomadic groups from northwest India.

According to some scholars, the first migration followed the invasion of Alexander the Great who carried ironsmiths skilled in making weapons in large numbers in the 5th century BC .

An introductory paper released ahead of the conference organised by the Indian Council for Cultural Relations (ICCR) and the Antar Rashtriya Sahayod Parishad (ARSP) said that many Roma scholars, anthropologists and historians researching their origins have approved their roots in India.

“When the Greek scholar Paspati heard the Roma call the Cross Trushul under the clear sky of Constantinople, he realised it refers to Trishul, the trident of Shiva, the god of cosmic dance. Long last, here was their origin,” ICCR president Lokesh Prasad said in his keynote address at the conference.

“The Roma scholar Dr. Vania of Paris called his people ‘Ramno Chave’ or sons of Rama,” he said.

Chandra told IANS that even today these people use words like naak (nose), kaan (ear) and aakh (eyes).

These people are now known variously as “Zigeuner” in Germany, “Tsyiganes” or “Manus” in France, “Tatara” in Sweden, “Gitano” in Spain, and “Tshingan” in Turkey and Greece, “Tsigan” in Russia, Bulgaria and Romania and “Gypsies” in Britain.

However, these people have not been accepted by society in various parts of the world and continue to face persecution of various types. They continue to live on the fringes of urban centres.

“Perhaps the most devastating persecution of the Romani occurred during World War II when they were among the first targets of Nazi atrocities, according to the BBC,” the introductory paper says.

“An estimated two million Romani died in concentration camps and through other means of extermination, even unethical medical experiments.”

According to a paper presented at the conference by Valery Novoselsky, vice president and commissioner of culture of the Serbia-based World Roma Organisation, prominent personalities of the Roma community include Yul Brynner, Charlie Chaplin, Michael Caine and Elvis Presley.

While film and stage actor Brynner, of Russian origin, started his adventurous life playing guitar in Romany circles and working as a trapeze artist in circus, Chaplin was born in a Gypsy caravan in the British West Midlands and not Walworth, London, as was believed, according to Novoselsky.

On actor Michael Caine, he stated: “Born Maurice Joseph Micklewhite, it was a tradition of his Romanichel family to call the first-born son Maurice.”

Elvis Presley’s ancestors went to the US from Germany in the 18th century and their original surname was Pressler.

“They were part of the Sinti people commonly known as ‘Black Dutch’, also called ‘Chicanere’ and ‘Melungeons,” Novoselsky stated.

“Roma people are an Indian nation, the autochthonous territory of southeastern and western Europe, but also in other parts of the world, with all attributes that make them a special national entity,” Jovan Damjanovic, president of the World Roma Organisation, said at the conclusion of the New Delhi conference.

“We would like to be treated as the Indian diaspora and can make a contribution to our country of origin’s growth,” he added.

So, can the Romas be seen as part of the Indian diaspora?

“The conference was meant to create further awareness globally about the Romas and provide useful pointers towards developing educational and scientific structures and help in finding solutions for challenges being faced by the Roma community across the world,” said Vikas Swarup, spokesman of the external affairs ministry under which the ICCR falls.