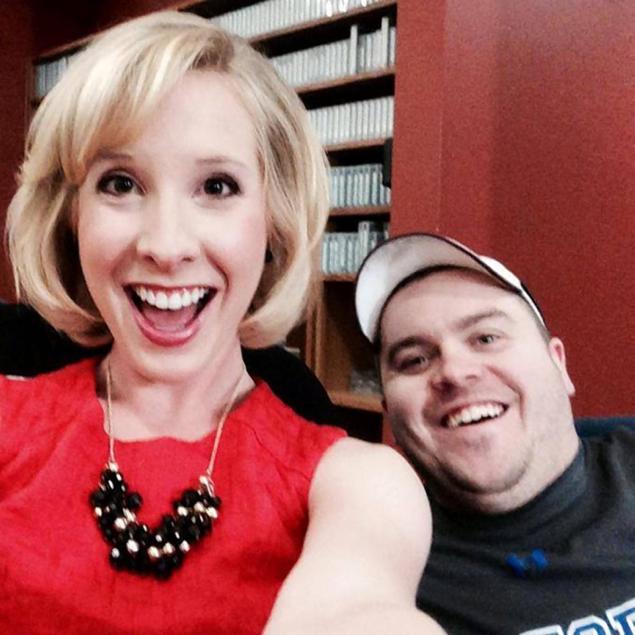 TV reporter Alison Parker and cameraman Adam Ward for Virginia’s WDBJ7 in Roanoke were shot and killed in the middle of a live report recently.

Washington, Aug 29: If only America had taken a leaf out of India’s book and imposed stricter guns laws, a tragedy like the killings of two Virginia journalists on live TV by a former disgruntled employee may have been avoided.

For India, the country with the second highest number of guns in the world after the US, with 46 million guns for over 1.25 billion people, does not figure even among the top five countries with the most shootings, according to the Pew Research Centre.

Whereas America which has an estimated 270 million to 310 million firearms in circulation or nearly one for every one of its 319 million people, has seen 90 mass shootings between 1966 and 2012, according to a new study cited by CNN.

This makes up nearly a third of the 292 such attacks globally for a country which has only 5 percent of the world’s population.

More restricted gun laws do make a difference, according to the study by Adam Lankford, an associate professor of criminal justice at the University of Alabama.

While FBI, which defines a mass killing as four or more victims, has counted 172 cases of mass killings between 2006 and 2011, Mass Shooting Tracker website puts the number at 249 in 239 days since the beginning of this year alone, Easy access to firearms and a desire for fame has also given rise to the copycat phenomenon, researchers have suggested.

In the latest Virginia incident, for instance the shooter said he admired mass shooters like the one at Virginia Tech in 2007.

He also admitted to putting down a deposit for a gun two days after the shooting at a historic black church in Charleston, South Carolina, in June.

According to the Massachusetts-based group Stop Handgun Violence 84,523 Americans have been killed by guns since the Dec 14, 2012 massacre of the innocents at an elementary school in Newtown, Connecticut.

Each time an incident like that takes place, there is an angry reaction and calls for stricter gun control laws, but then nothing happens in the face of a powerful gun lobby controlled by the National Rifle Association (NRA).

It happened this time too with President Barack Obama saying “It breaks my heart every time when you read about or hear about these kind of incidents.”

“What we know is that the number of people who die from gun-related incidents around this country dwarfs any deaths that happen through terrorism,” Obama told a TV channel.

Lamenting how Republican controlled Congress is “bottlenecked” on gun control, he said: “We’re willing to spend trillions of dollars to prevent terrorist activities, but we haven’t been willing, so far at least, to impose some common sense gun safety measures.”

But the Republicans pushed back with party’s frontrunner presidential aspirant Donald Trump Thursday saying, “This isn’t a gun problem, this is a mental problem.”

“It’s not a question of the laws, it’s really the people,” he told CNN. Calling the gunman a “very sick man,” Trump said mental illness is “a massive problem” in the US.

“It’s not the guns, it’s the people who are committing these crimes,” said Senator Marco Rubio of Florida, another Republican presidential contender.

Similarly Louisiana’s Indian-American governor Bobby Jindal has compared the rights of gun ownership to religious liberty and has said the struggle to preserve and expand gun access is a pivotal fight that could last another generation.

As Virginia’s Democratic governor, Terry McAuliffe, who won election in 2014 despite an “F” rating from the NRA, put it, “It’s like the hamster on the hamster wheel.”

“You just go round and round, something happens, everybody comes out and says, ‘We need more gun restrictions,’ and then it fades into the background.”