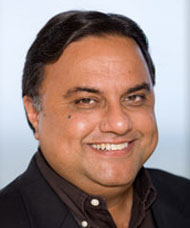 Washington, Dec 23 (IANS) The US Securities and Exchange Commission (SEC) has charged an Indian-American couple with insider trading on confidential information obtained from a corporate client.

California-based attorney Shivbir Grewal and his wife, Preetinder Grewal, sold all of their Spectrum Pharmaceuticals shares last year after getting a non-public information from company officials who sought advice of Shivbir’s law firm before announcing a significant decline in expected revenue, a litigation release by the commission said Monday.

The day after Grewals sold their stock, Spectrum issued a press release revealing the expectation of decreased sales of the drug Fusilev and the consequent expectation of reduced revenue.

Spectrum’s stock price fell more than 35 percent. Shivbir Grewal and his wife avoided losses of nearly $45,000 by selling ahead of the bad news.

The Grewals agreed to pay $90,000 to settle the charges, and Shivbir Grewal also agreed to be suspended from practicing as an attorney before the commission on behalf of any publicly traded company or other entity regulated by the agency.

Further investigation into the case is ongoing.

JAG’S THOUGHTS: What can businesses do to combat the coronavirus?