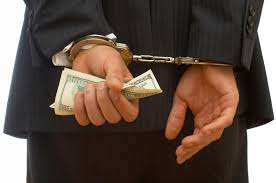 Washington, July 7 (IANS) An Indian-origin businessman has been sentenced to 15 months in prison for fraudulently obtaining contracts worth $6 million from a federal program created to help minority-owned small businesses, according to authorities.

Tarsem Singh was sentenced by Washington Federal Judge Reggie Walton, who also fined him $25,000 and ordered him to pay about $120,000 in restitution, officials said on Wednesday.

Singh had set up a shell company to take advantage of the Small Business Development Program run by the Small Business Administration (SBA) after his original company became ineligible for it and obtained over 25 federal contracts, according to SBA Inspector General Peggy E. Gustafson and Washington federal prosecutor Channing D. Phillips.

They did not give the name of the companies, but identified them as “A” and “B”. The first company specialising in building construction and renovation that Singh and his wife set up received contracts legitimately for nine years and in January 2009 it graduated from the program and could no longer qualify for the contracts under it, officials said.

Singh immediately set up the fake company making it appear to meet the SBA eligibility requirements and made himself its vice president. The firm then got federal contracts.

The shell company had only one employee and the workers of his original company and sub-contractors did the work that should have been done by the second company’s workers as required by the SBA program, officials said.

The SBA Small Business Development program was established to help “small, disadvantaged businesses compete in the marketplace”, according to the agency.

Firms owned by minorities, women and ex-servicemen have to meet the SBA eligibility standards based on a company’s size and number of employees to get the federal contracts set aside for them, and their workers must perform a certain percentage of the contract work. When they grow to a certain size or meet other standards, the businesses graduate from the program and become ineligible for the federal government contracts issued under the program.

To circumvent these regulations, Singh set up the shell company making it appear to meet the SBA standards and took elaborate steps to cover up the fact that the original company was actually carrying out the contracts obtained by the fake company, officials said.