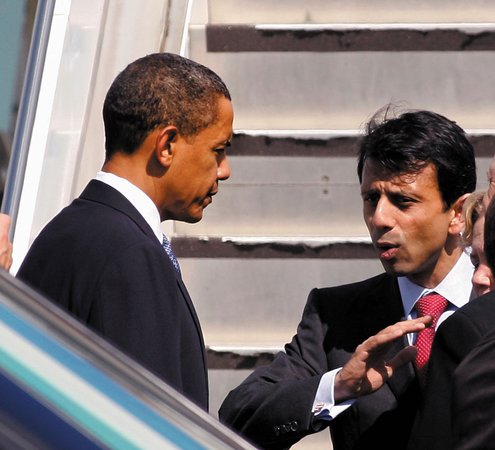 Washington, June 19 (IANS) While one Indian-American Republican governor sought to lay a healing salve after the horrific mass shooting at a historic American church, another chose to take cheap political pot shots at President Barack Obama.

A day after the shooting at Emanuel African Methodist Episcopal Church in Charleston in South Carolina, the state’s Indian-American governor Nikki Haley said the community is beginning to recover.

Louisiana’s Indian-American Governor Bobby Jindal, on the other hand, sought to bat for the powerful gun lobby, calling Obama’s sombre reflection that the US must eventually reckon with all too frequent mass shootings and gun violence as “completely shameful”.

“Now is the time for mourning and for healing,” Obama said Thursday after the shooting. “But let’s be clear: at some point, we as a country will have to reckon with the fact that this type of mass violence does not happen in other advanced countries.”

The suspect in the fatal shooting at the church killed nine people, including pastor and state Senator Clementa Pinckney.

He said Obama’s “job as commander-in-chief is to help the country begin the healing process”.

“For whatever reason he always tries to divide us,” Jindal said of Obama. “Today was not the moment. This was not the time.”