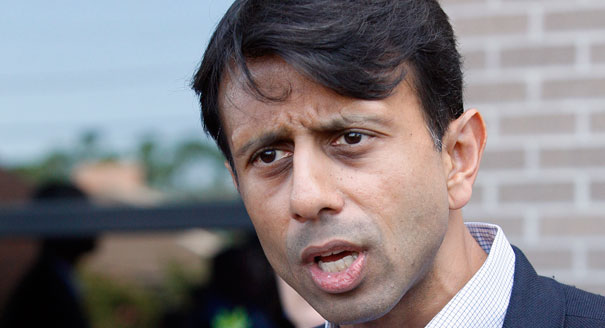 Washington, Feb 28 (IANS) Insisting that he was tired of hyphenated Americans, Louisiana’s Indian-American Republican Governor Bobby Jindal has accused the “politically correct crowd” of trying to turn the American “melting pot” into a “salad bowl”.

Jindal, who unlike other Indian-American politicians declines to embrace his ethnicity, dilated Friday on the need for new immigrants to adopt American culture and learn to speak English.

“They must assimilate. They must integrate. We used to be the melting pot,” he said addressing the Conservative Political Action Conference at National Harbour in Maryland, near Washington.

“Now, the politically correct crowd says we oughta be a salad bowl,” he said.

“There is nothing wrong with saying if you want to come to America you should be an American,” said Jindal, one of a long list of potential 2016 presidential hopefuls who addressed the conference.

“I am tired of hyphenated Americans. We’re not Indian-Americans or African-Americans, we’re all Americans,” he was quoted as saying by the Washington Post.

He also upbraided fellow Republicans in Congress for failing to do enough to repeal President Barack Obama’s health care law or stop his plan to delay deportations for some young undocumented immigrants.

“He has basically broken the Constitution. Broken the law,” Jindal said of Obama.

“It is time for our Republican leaders in congress to grow a spine. It’s time for them to do what we elected them to do.”

Jindal, according to the Post, also criticised Obama for not doing enough to confront the Islamic State terrorist group with military force.

He said he rejected the State Department’s argument that America could not “kill our way to victory,” and argued ground troops might be necessary to win the fight.

“How have we ever won any war…if not killing our way to victory?” Jindal asked.

“We don’t need to be cheaper liberal Democrats. We need to be principled conservatives,” Jindal was quoted as saying by the Blaze.