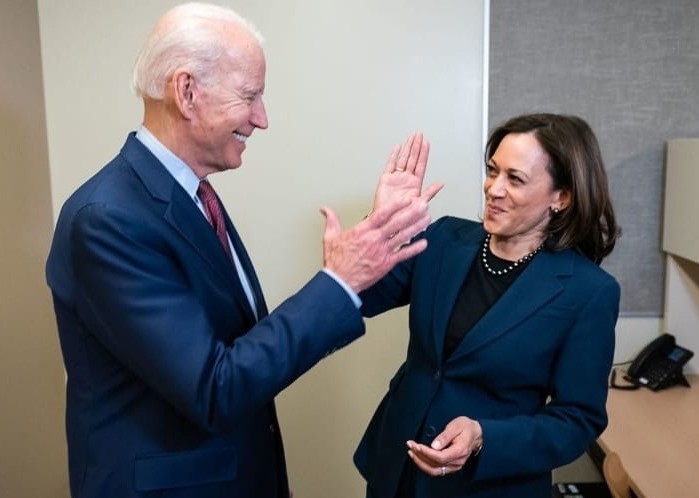 Biden made the remarks while addressing a virtual fundraiser organized by the community on Tuesday, The American Bazaar reported on Wednesday.

“It makes parents wonder whether their kids will have the kind of future they dreamed of when they came here.

“As President, I promise I am going to draw on the best, not the worst, beat this pandemic and build the economy back, help our kids get a good education and make sure healthcare is a right not a privilege,” the former Vice President was quoted as saying.

In June, the Trump administration suspended the H-1B and several other categories of foreign work visas until the year end.

The decision has been opposed by Indians, who have received as much as 70 per cent of H-1B visas over the past five years.

US business leaders have also criticized the move saying it will block their ability to recruit critically needed skilled workers from foreign countries.

Slamming Trump for the move, the Democratic nominee said: “This President makes things worse, not better.”

While praising the community for their hard work and entrepreneurship, he said Indian-Americans have powered the economic growth of the US and helped forge cultural dynamism in the country, adding: “That is a continuation of who we are, we are a nation of immigrants.”

During the virtual event, Biden also spoke to Vivek Murthy, who served as surgeon general during the former Barack Obama administration, during which also recalled the work he had done to forge close India-US relations, reports The American Bazaar.

“Seven years ago, as Vice President, I told a business owner in Mumbai that the US-India partnership was the defining relationship in the 21st century.

“I am not just saying it now, I said it then and I mean it… I will work to make sure it occurs,” he added.

Meanwhile, support for Biden among Indian-Americans appears to have fallen by 11 per cent compared to the voting for former Secretary of State Hillary Clinton in the 2016 elections, according to polls.

While she received 77 per cent of votes from Indian-Americans, the 2020 Asian American Voter Survey (AAVS) released earlier this month found Biden getting only the support of 66 per cent.

Trump’s support has however, increased by 12 per cent in the court years to 28 per cent.