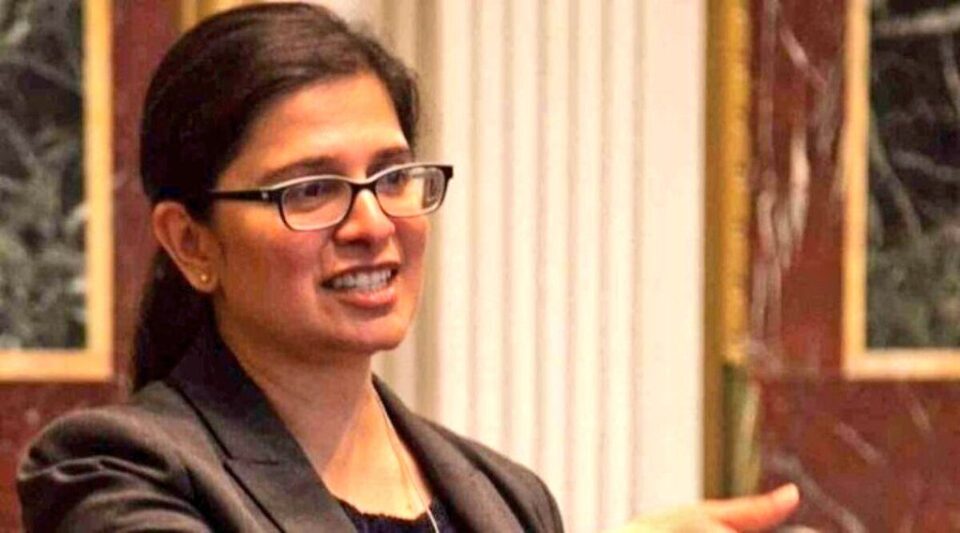 New York, Nov 20 (IANS) Joe Biden, who will become the United States’ President in January, appointed on Friday an Indian American, Mala Adiga, to be the Policy Director for his wife Jill, who will be the First Lady.

Adiga, a former Deputy Assistant Secretary of State, was among the White House senior staff announced by Biden to “help deliver the change America needs in these difficult times.”

“Their dedication to overcoming the challenges facing our country today are rooted in their diverse backgrounds and experiences,” he said.

Adiga’s appointment is important because Jill Biden, who has a PhD and will continue as a college English professor even after moving to the White House, is active on policy issues and works closely with her husband on many issues.

She campaigned extensively for Biden.

Adiga has worked and served as a senior Advisor to Jill Biden and to the campaign of Joe Biden and Kamala Harris, who will be the Vice President.

Adiga was the Director for Higher Education and Military Families at the Biden Foundation.

A lawyer by training, she had been a clerk for a federal and had worked for a Chicago law firm before joining the campaign of former President Barack Obama in 2008.

She started in the Obama administration as a counsel to the associate attorney general.

Other positions she held in the Obama administration include Deputy Assistant Secretary of State for Academic programmes in the secretary of state’s office of global women’s issues and Director for Human Rights on the national security staff.