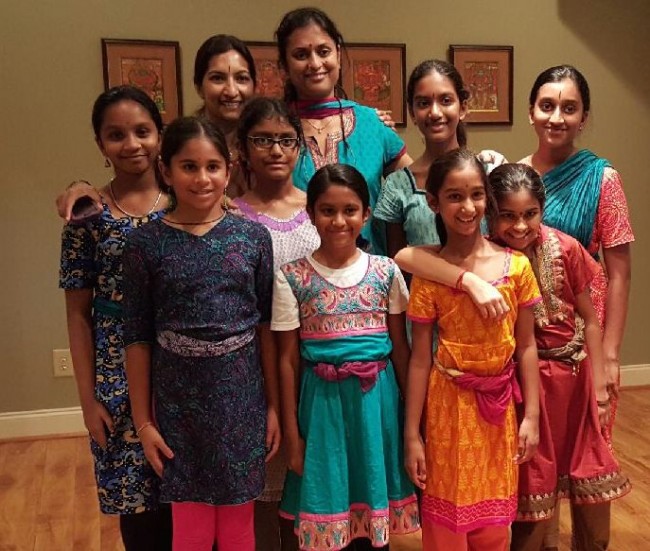 Atlanta, GA: Darshini Natyalaya conducted its annual summer camp in July under the tutelage of Anita Vallabh and Gayatri Seshadri. The students were trained on a technical aspects and were blessed to have the opportunity to enrich their knowledge and advance a few steps forward in their dance journey. The students ended their camp with a performance to showcase their newly learned pieces and techniques.

Gayatri Seshadri is an alumna of Chennai-based Bharata Kalanjali founded by the legendary dance gurus, the Dhananjayans.  Sri V P Dhananjayan and his wife Shanta Dhananjayan, popularly known as the Dhananjayans. Gayatri continued to sharpen her skills in this divine art under the able guidance of Radhika Shurajit, one of the senior disciples of the Dhananjayans. The name “Radhika Shurajit” has been synonymous with her internationally popular weekly Television program “Thaka Dhimi Tha” which airs on JayaTV. 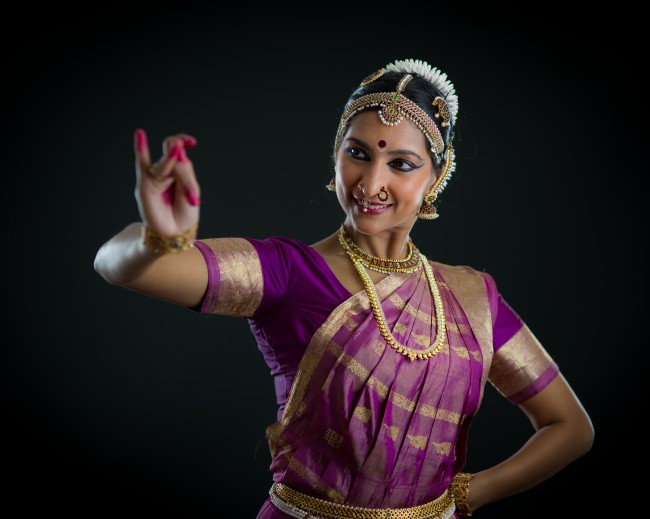 Drawing from her years of training and performing and following the best traditions of her Alma Mater – Bharata Kalanjali, Gayatri Seshadri founded the Darshini Natayalaya Academy in Memphis,Tennessee in 1998 and relocated to Georgia in 2013.  She now performs and trains students in this art form from her studio inCumming,Georgia. Darshini Natyalaya’s mission is to increase each student’s physical, emotional and intellectual well being through the art of Bharathanatyam. In addition, Darshini Natyalaya seeks to increase their curiosity and passion for Indian culture, mythology, music and art.

Smt. Anita Vallabh was the recipient of the National Award for Best Dancer (1992-1993) from the National Hindi Academy, Calcutta, and was conferred the title of “Kala Bharati”.  Smt. Vallabh received a Ph.D. from theUniversityofMadrasin 2002 and has performed internationally throughout Asia, Europe and theUnited States. She is currently an Assistant Professor at University of Hawaii in the Department of Dance and Theatre.

Consul General of India will be honorary Braves captain