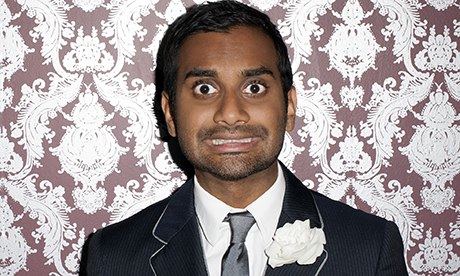 Washington, Oct 22 (IANS) Indian-American Aziz Ansari has debuted on the Forbes list of Highest-Paid Comedians 2015 with $9.5 million in earnings, thanks to his fan-favorite role as Tom Haverford on the NBC hit “Parks and Recreation”.

Like many other celebrities, Ansari, who is ranked sixth, has taken his fame from the stage and screen to the page, the US business magazine noted.

His book, Modern Romance – a sociological investigation into the dating and love lives of millennials — earned him an advance in the seven-figures. It also brought him name recognition among Tinder-swipers and Hinge-matchers.

Jerry Seinfeld ranks as the top-earning comedian, having raked in $36 million. Kevin Hart came in second on $28.8 million with Terry Fator in third at $21.5 million.

According to Forbes, “Women are noticeably absent from the list, and in the standup and television comedy business in general-a problem that goes back decades”.

Since 1959, only three comediennes have won the Grammy Award for Best Comedy Album (Kathy Griffin, Whoopi Goldberg and Lily Tomlin), it noted.

The list measures earnings before subtracting management fees and taxes between June 1, 2014 and June 1, 2015.

One of the most interesting developments in comedy in recent years is the growing action on the smallest screen. The Internet has given comedians new platforms on which to make money from their jokes, Forbes said.

“And just as in many areas of the entertainment industry, Netflix is changing the game. Thanks to comedy special exclusives, funnymen Peters, Louis C.K. and Ansari all added significant amounts to their earnings,” it said.