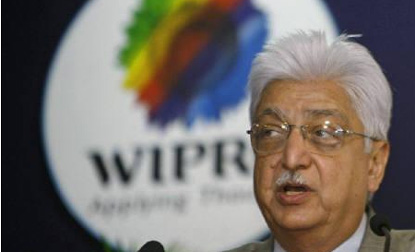 Washington, Aug 12 (IANS) Two Indian tech tycoons, Wipro chairman Azim Premji and HCL co-founder Shiv Nadar are in the Forbes’ first ever list of the 100 richest people in the technology field, dominated by Americans with Microsoft founder Bill Gates at the top.

Premji’s Wipro, India’s third-largest outsourcer, reported a 10 percent rise in revenues to $1.9 billion in the last quarter, on the back of new business from clients such as ABB and Philip Morris, the magazine noted.

Nadar, Forbes noted, has diversified into healthcare with HCL Avitas, a new firm in partnership with John Hopkins Medicine International, which has opened 10 clinics in Delhi.

Wadhwani has a degree in electrical engineering from the Indian Institute of Technology and a PhD from Carnegie Mellon. His Symphony Technology Group is a collection of 20 companies spanning big data, analytics and software.

Syntel, co-founded by Desai and his wife Neerja Sethi, now generates over $900 million in revenue, has a market cap of over $3 billion and more than 24,500 employees across the globe.

While 51 American billionaires are on the list, tech barons from Asia made a strong showing as well, with 33 people hailing from that region. Forty of the 100 live in California.

Bill Gates, who’s also the world’s richest man, ranks number one among tech tycoons, with a net worth of $79.6 billion.

Number two on the list is Larry Ellison, founder of database software firm Oracle, with a net worth estimated at $50 billion.

The third richest on the list is Jeff Bezos with a net worth of $47.8 billion followed by Facebook founder Mark Zuckerberg in the fourth place with $41.2 billion.

Altogether, the world’s 100 richest tech billionaires are worth $842.9 billion.

Just seven women made the list, the wealthiest of whom is Laurene Powell Jobs, the widow of Steve Jobs, with an estimated net worth of $21.4 billion.

Nearly all of the 100 are self-made billionaires: 94 made their own luck, 3 inherited their fortunes, and 3 have inherited fortunes but have been actively expanding them.